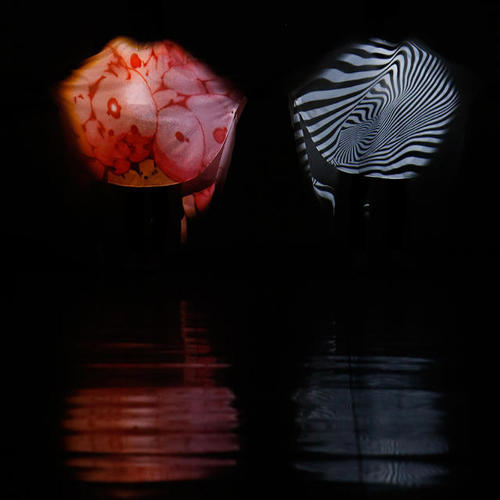 Nayana Malhotra loves GIFs. Loves them. When she’s not designing new fashions, she’s filling her Tumblr with GIF after GIF. Now, the GIF-loving designer has figured out how to merge the two. Her new fashion experiment, Neurocouture, combines projection-mapping and brainwave detection to let people literally clothe themselves in their favorite animated files.

Debuting as part of VFiles’ show at New York Fashion Week, Neurocouture is a projection-mapped parka hooked up to consumer-grade EEG devices. A nearby computer is programmed to detect certain brainwave patterns, then translate them into an animated GIF—which is then projected onto the parka as a sort of living animated texture.

Comments Off on Neurocouture combines projection-mapping and brainwave detection #WearableWednesday