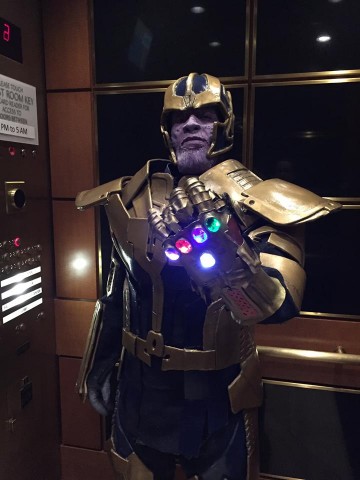 Mnamna has the cosplay bug. He built a complex Ronan the Accuser ensemble in 2015 and enjoyed it enough that he decided to level up and try something that seems even harder: a Thanos costume. He knew how to use EVA foam to make the armor and also Worbla, but he had to learn new skills to make the mask and Infinity Gauntlet. He finished the project in time for the recent C2E2 and pictures from the event show him looking perfectly smug as the character.

He documented the build with photos on Facebook. He started by making a mold of his face with Alginate and sculpted the Thanos mask on top of it. He used a molding plaster and had to make a couple of prototypes to get it right. The other tricky part looks like the Infinity Gauntlet; he constructed it from many pieces of Worbla and wired the inside with LEDs to make it glow. 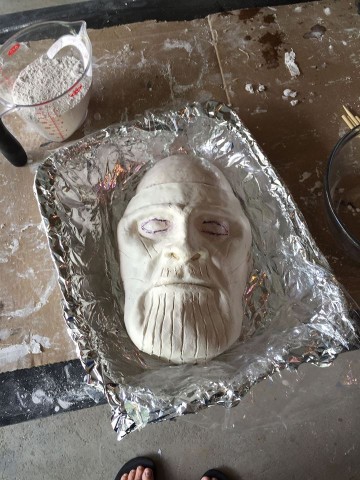 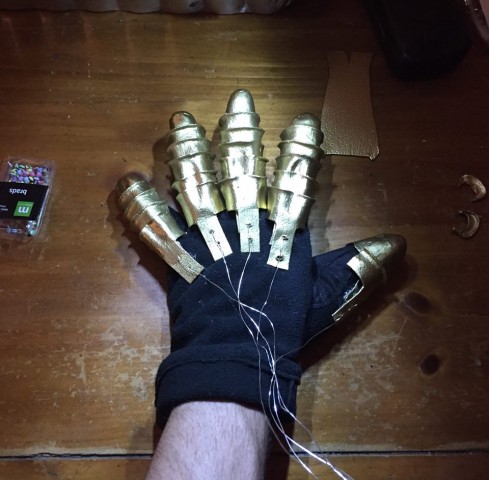 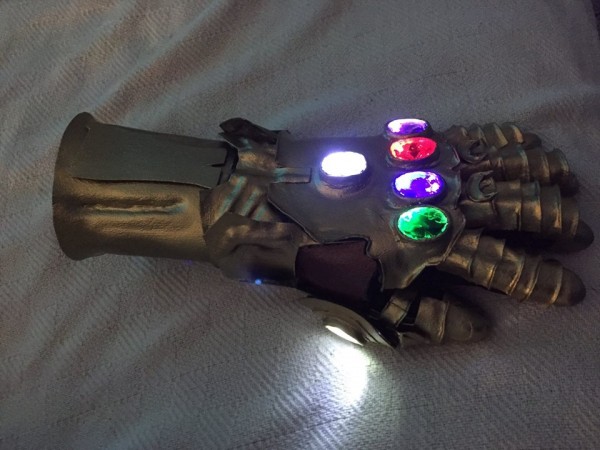 See the costume come together in this Facebook album.

Comments Off on Thanos Cosplay with Glowing Infinity Gauntlet