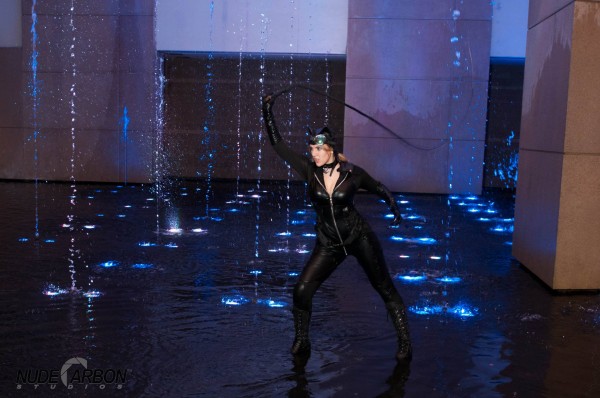 Redditor mmwest92, also known as Mary West Cosplay, debuted her Catwoman suit at C2E2. She says it’s still in progress because she’s learning as she goes, but I think she did a great job assembling the bodysuit. The costume started out as a variation of the one Catwoman wears in the Arkham City video gam, but Mary opted not to go full latex in order to keep mobility. She even learned how to use a whip:

After a ton of research I found an awesome YouTube vid on how to make cheap fast whip that actually works I also looked at some of the easiest whip cracks and started from there. It’s pretty good and I’m starting to get the hang of it but I want to make a better one with paracord soon. Getting water on it made a super cool effect and hearing that thing actually crack in such a large open space like McCormick was badass.

You can see several more photos of the finished costume and the work in progress at Imgur.

Comments Off on Catwoman Cosplay