A Comfortable and Casual The Force Awakens Rey Costume 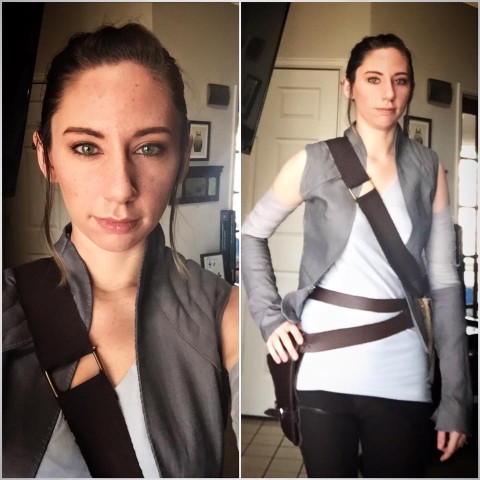 AlyCat Cosplay liked the ensembles Rey wore in The Force Awakens and crafted a take on the one from the end of film — I haven’t seen many versions of this Rey costume yet. She’s actually done two versions of the outfit. The first one was made near the film’s release, and she upgraded it for the recent Starfest convention. She says:

This vest I was able to tailor better to myself and to the proper princess seams in the back. My first version had them I just made it all a little off. The previous fabric as well was a pain. It had the herringbone weave hers has, but is was stiff, rough and just way too brown.

You can see a photo featuring the first version below. 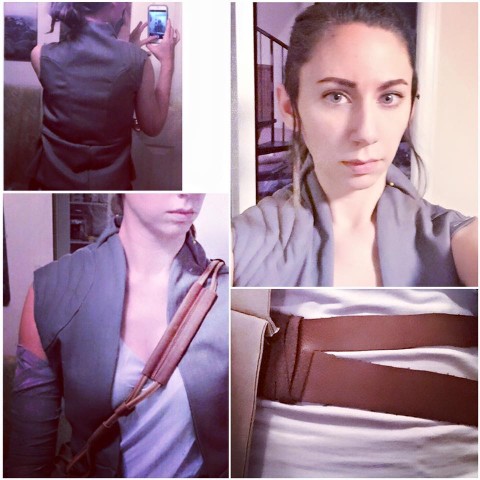 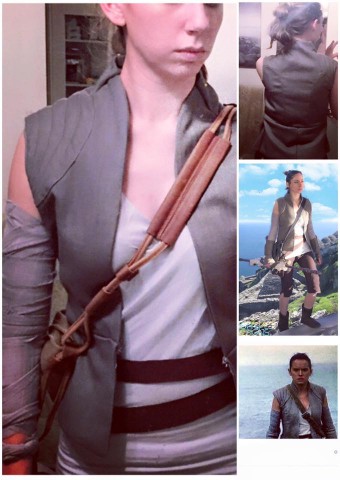