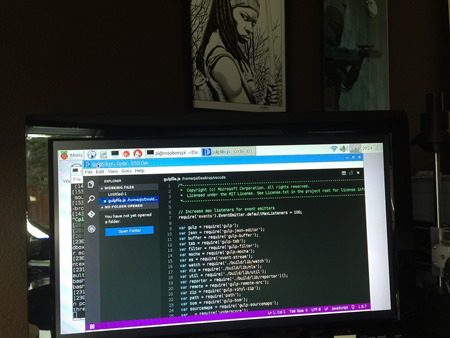 Build visual studio code on a Raspberry Pi. via hanselman.com

…why not build Visual Studio Code and get it running natively on the Pi? Marc Gravell did it first on Twitter, but I wanted to figure out how he did it and if it was still possible (he did it before some significant refactoring) and also to see if VS Code was faster (or even usable) on a Rasberry Pi 3.

From the VS Code GitHub, you need Node, npm, and Python. The Pi has Python but it has an old node, so needed a newer node that ran on ARM processors.