Today we are celebrating the Harlem born, Columbia University educated, architect Norma Merrick Sklarek. She became the first African American female architect licensed in New York and California, overcoming considerable gender and race discrimination in her field to build an enviable career while paving the way for other aspiring female architects. Read more about her on BlackPast.org.

Her major projects include the $50-million domestic passenger terminal the Downtown Plaza in Sacramento; the all glass Pacific Design Center, Los Angeles; the Queens Fashion Mall, in Queens, New York; the Fox Plaza in San Francisco; the Wilshire La Brea Metro Rail station, and the Los Angeles campus of the Fashion Institute of Design and Merchandizing.

In 2008 Sklarek received the AIA’s Whitney M. Young Jr. Award honoring her as a pioneer in the profession. The Young award goes to a person or organization that stands out as a positive force of change. Howard University also awards an architectural scholarship in her name. 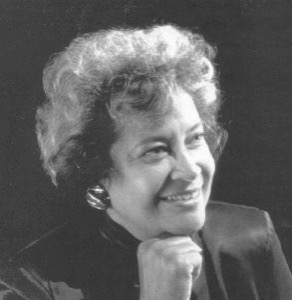