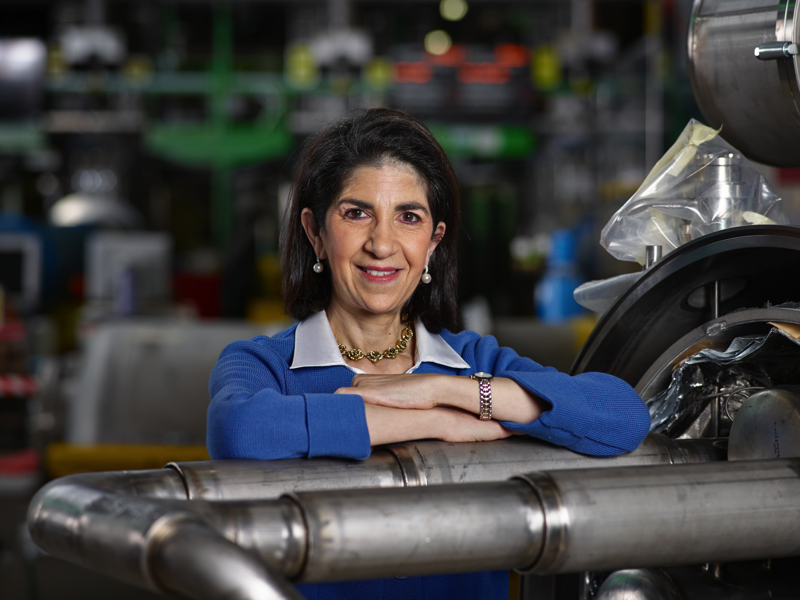 Fabiola Gianotti was the project leader of CERN’s Atlas project for 4 years and is now CERN’s Director-General. Let’s pause for a second to wrap our heads around that sentence, because we think that is an incredible achievement. From CERN’s Press Office:

Fabiola Gianotti received her Ph.D. in experimental particle physics from the University of Milano in 1989. Since 1994 she has been a research physicist in the Physics Department of CERN and since August 2013 an honorary Professor at the University of Edinburgh. She is also a corresponding member of the Italian Academy of Sciences (Accademia Nazionale dei Lincei) and foreign associate member of the National Academy of Sciences of the United States.
Dr Gianotti has worked on several CERN experiments, and been involved in detector R&D, construction, software development and data analysis.

From 2009 to 2013, she held the elected position of project leader (spokesperson) for the ATLAS experiment, and had the task of presenting the results on the search for the Higgs boson in a seminar at CERN on 4 July 2012.

Gianotti has authored, or co-authored over 500 publications in peer-reviewed scientific journals and given more than 30 invited plenary talks at major international conferences in her field.

Read more or take a look at: