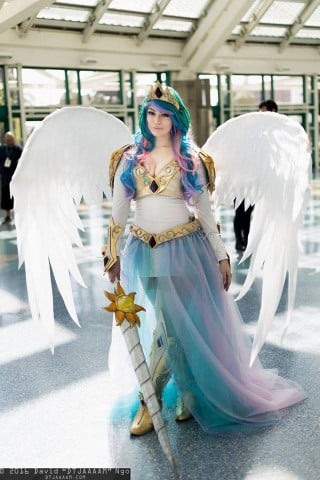 I will never tire of seeing how cosplayers turn My Little Pony characters into costumes, and Anna Lynn Cosplay knocked it out of the park with her Princess Celestia ensemble. She sketched an armor design for Celestia and made some adjustments from the character’s look in the animated series but kept the spirit of Celestia. The skirt is made from five different colors of tulle and the armor is all made from craft foam and then Worbla (she used scraps of Worbla for all the embellishments). She experimented with black Worbla for the breastplate; she had a mixed experience with the material. She says:

I used black worbla to make this! And honestly I was pretty disappointed with it. It is reeeeaaallly smooth! Even after stretching it to form the cups it had a really nice smooth texture. But it’s also pretty weak…I could snap it by bending it in half. So weak that I was worried about the integrity of it (cause I’m putting wings on it too lol) that I put some wood in the stupid thing. It also is not as sticky (on the glue side) as regular worbla so this made certain parts of this so much harder to make than it should have been. Overall I’ll probably only use it for small detail like things and keep the big things in regular worbla. 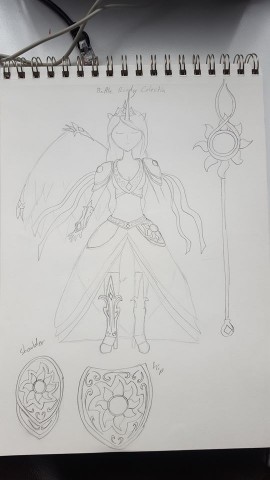 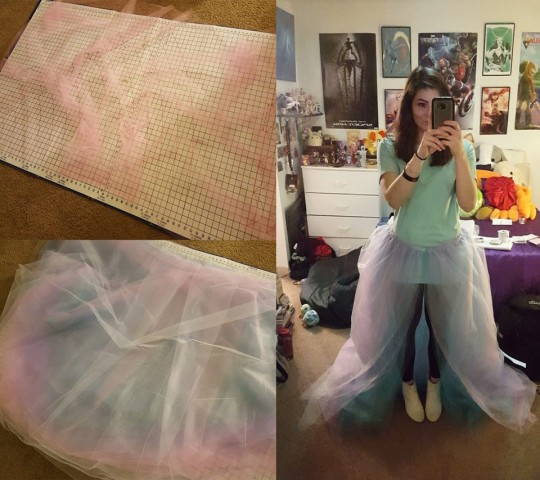 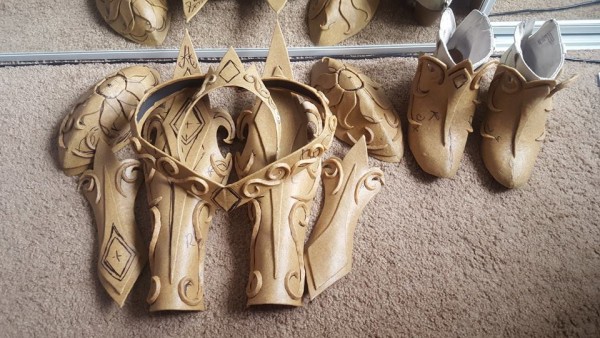