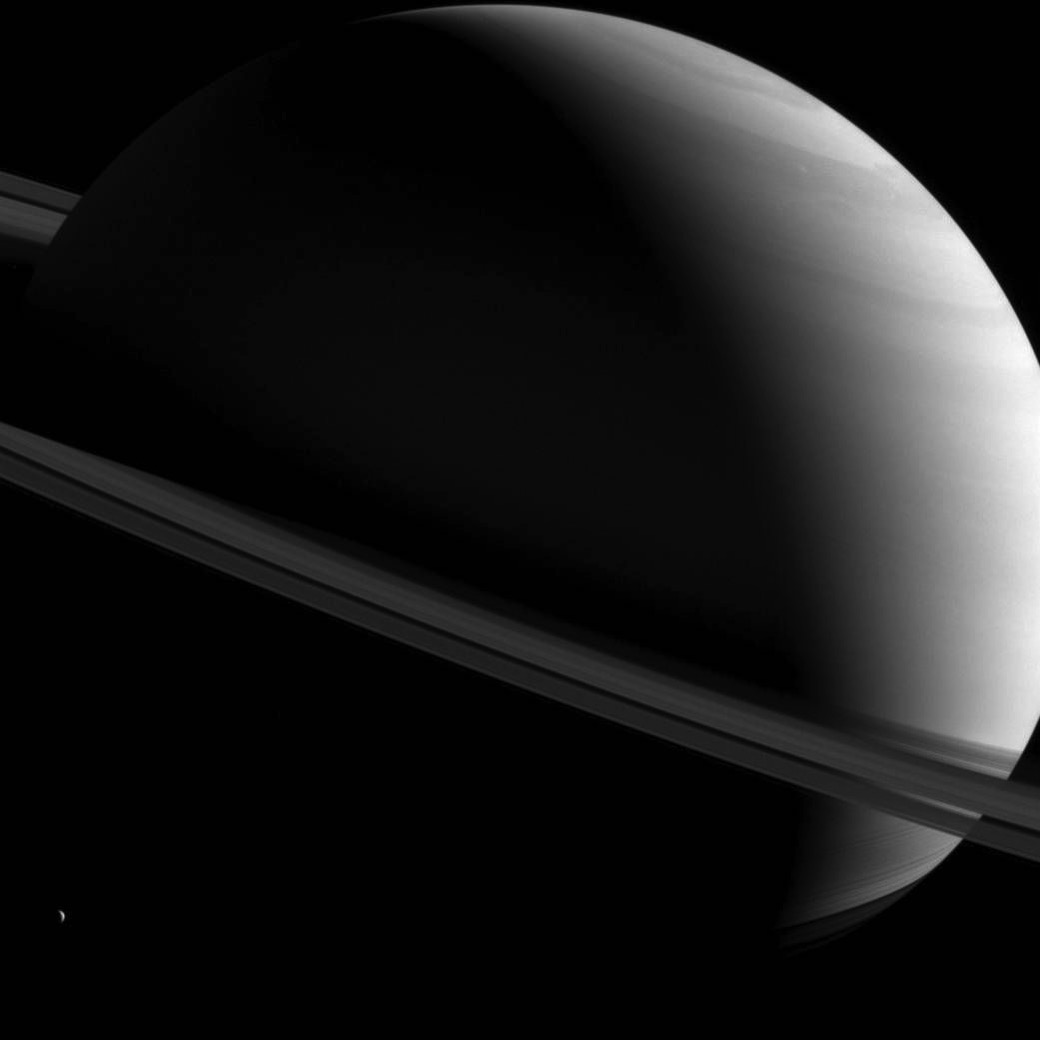 Saturn, the jewel of our solar system, reigns supreme in this spectacular new photo from NASA’s Cassini spacecraft, which also captured the planet’s stunning rings and the tiny moon Dione.

Typically, images of Saturn snapped by Cassini are oriented north up. But in this rarely seen image, which NASA released on Monday (April 4), Cassini reveals the massive planet, its rings and the terminator — the dividing line between darkness and light — at a 20-degree slant. As the planet approaches the northern summer solstice, Saturn’s northern pole is sunlit the entire duration of the planet’s day.

In the black-and-white image, the diminuitive moon Dione — one of Saturn’s 62 known satellites — can be seen only as a tiny speck of light at 698 miles (1,123 kilometers) across in the lower left corner.

Comments Off on Saturn Photos from NASA’s Cassini Probe