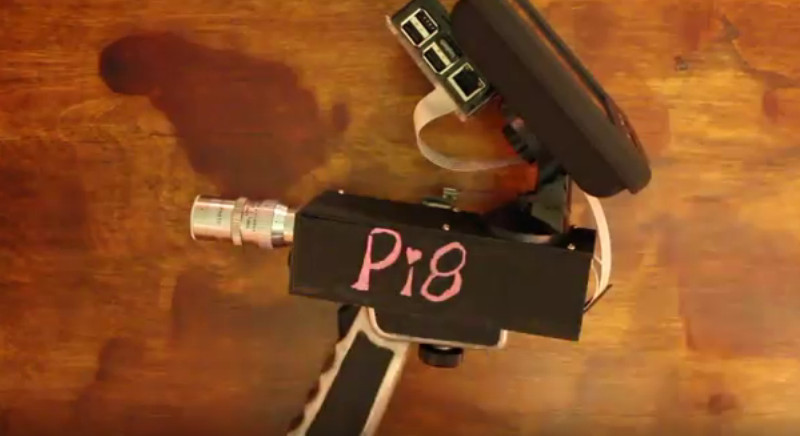 Claire Wright on hacking an 8mm film camera with a Raspberry Pi via hackaday:

Claire Wright is a young filmmaker who had an old 8mm camera and really wanted that analog film feel to her work, and she and her father solved this problem by using the 8mm camera’s lens in front of a Raspberry Pi camera sensor.

Their first prototype had a custom case which concealed the Pi camera behind the lens on rails taken from an old CD-ROM drive, and had an HDMI screen on top and a pistol grip to make it portable. An external thumb screw allowed the camera to be positioned in the focal plane.