Mesmerizing Satellite Photographs Show how Much We’ve Changed the Earth 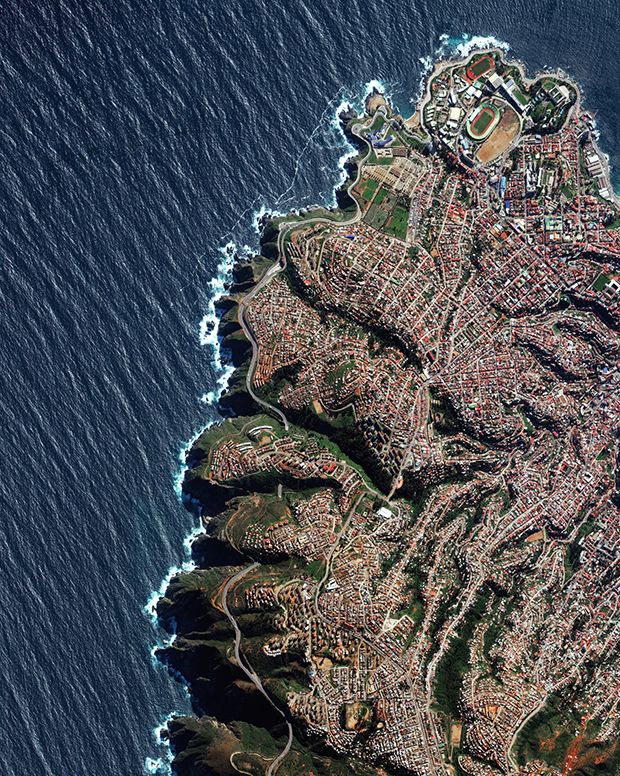 These assorted photographs from artist Benjamin Grant, show how much we’ve changed our landscapes, via Featureshoot

Artist Benjamin Grant harnesses the potency of the Overview Effect by creating Daily Overview, an Instagram account devoted to showcasing the Earth from above. It’s not the picturesque wilderness he’s after but visions for more discomfiting.

He researches the ways in which we as a species have razed and severed the land and sea, partitioned and organized nature to feed our own avarice. From there, he pulls satellite images made by DigitalGlobe and used on Google Earth, overhead shots that evidence without a speck of uncertainty the often brutal hand of mankind.

In picturing the sites where humans have interfered with—and in many ways broken—the face of the Earth, Grant allows us to take on for just a brief moment the role of the gods, of Kubrick’s Star-Child, occupying the empty expanse that surrounds this one precious globe.

No longer are we mere inhabitants of our home planet but its guardians, appointed by default after having wrought so much destruction. Indeed, the beauty and poetry of Grant’s images does nothing to detract from their message; instead, their loveliness amplifies his directive to step back, to notice our seemingly invulnerable world for the delicate nucleus it truly is. 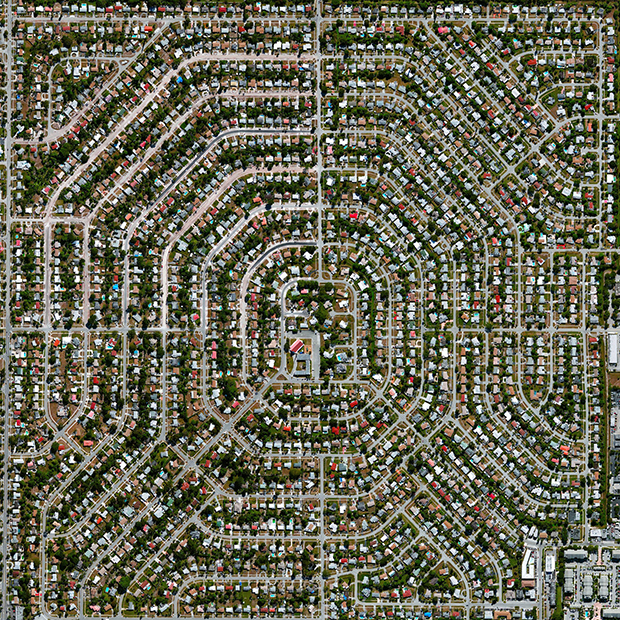