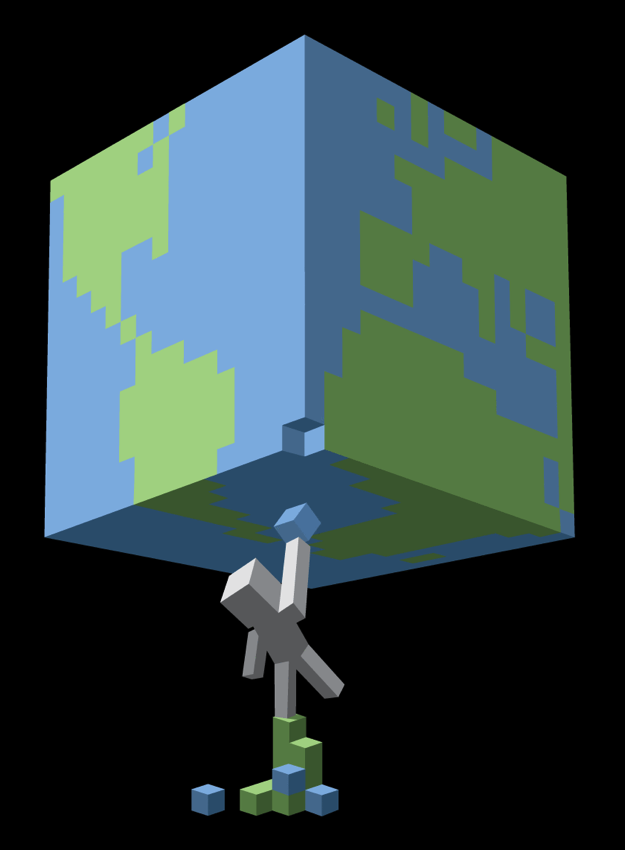 The New York Times wrote up a piece on “The Minecraft Generation” last week.

…Since its release seven years ago, Minecraft has become a global sensation, captivating a generation of children. There are over 100 million registered players, and it’s now the third-best- selling video game in history, after Tetris and Wii Sports. In 2014, Microsoft bought Minecraft — and Mojang, the Swedish game studio behind it — for $2.5 billion.

There have been blockbuster games before, of course. But as Jordan’s experience suggests — and as parents peering over their children’s shoulders sense — Minecraft is a different sort of phenomenon.

For one thing, it doesn’t really feel like a game. It’s more like a destination, a technical tool, a cultural scene, or all three put together: a place where kids engineer complex machines, shoot videos of their escapades that they post on YouTube, make art and set up servers, online versions of the game where they can hang out with friends. It’s a world of trial and error and constant discovery, stuffed with byzantine secrets, obscure text commands and hidden recipes. And it runs completely counter to most modern computing trends. Where companies like Apple and Microsoft and Google want our computers to be easy to manipulate — designing point-and-click interfaces under the assumption that it’s best to conceal from the average user how the computer works — Minecraft encourages kids to get under the hood, break things, fix them and turn mooshrooms into random- number generators. It invites them to tinker.

In this way, Minecraft culture is a throwback to the heady early days of the digital age. In the late ’70s and ’80s, the arrival of personal computers like the Commodore 64 gave rise to the first generation of kids fluent in computation. They learned to program in Basic, to write software that they swapped excitedly with their peers. It was a playful renaissance that eerily parallels the embrace of Minecraft by today’s youth. As Ian Bogost, a game designer and professor of media studies at Georgia Tech, puts it, Minecraft may well be this generation’s personal computer.

At a time when even the president is urging kids to learn to code, Minecraft has become a stealth gateway to the fundamentals, and the pleasures, of computer science. Those kids of the ’70s and ’80s grew up to become the architects of our modern digital world, with all its allures and perils. What will the Minecraft generation become?

Comments Off on The Minecraft Generation #minecraft #coding