Selling pencils for a profit #ArtTuesday 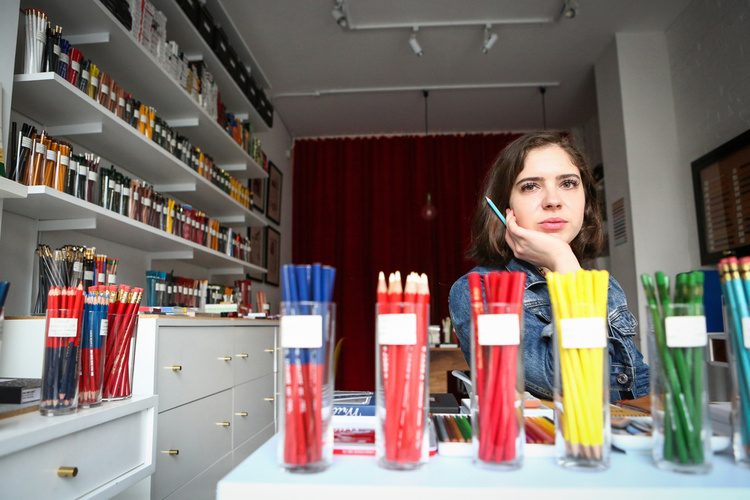 One morning last month a man sat down at his computer and ordered $4,000 worth of pencils designed to look like John Steinbeck’s favorite, the Blackwing 24.

“It’s probably the most iconic pencil ever made in America,” says Caroline Weaver, whose shop on New York’s Lower East Side, C.W. Pencil Enterprise, took the order of 1,920 pencils. C.W. carries more than 200 types of pencils, including the Blackwing (also favored by Walt Disney), as well as a dozen erasers and sharpeners, and zero mechanicals.

“Mechanical pencils, they don’t smell like anything. The lead is so small you can get no line variation out of it,” says Weaver, 25. “Though it is a little bit of work to use a wood-cased pencil, most people appreciate that. There’s a physical connection you can draw between how often you have to sharpen your pencil and how much work you’ve done.”

The shop was bustling on a recent Thursday afternoon as Weaver made rapid-fire sales to a hodgepodge of tourists, designers, and high school students. Three Spaniards approached the cash register, unsure which of their coins amounted to the 87 cents they needed to buy a miniature pencil. Weaver solved the problem and carefully packaged their purchase in a custom envelope, tying her signature bow around it.

Her devotion is reflected in a tattoo on her forearm of a black Ticonderoga from the early 2000s that her mother, an interior designer trained in technical drawing, created. “I had her sharpen it three times,” Weaver says, “because a pencil sharpened and used three times is the perfect length.” 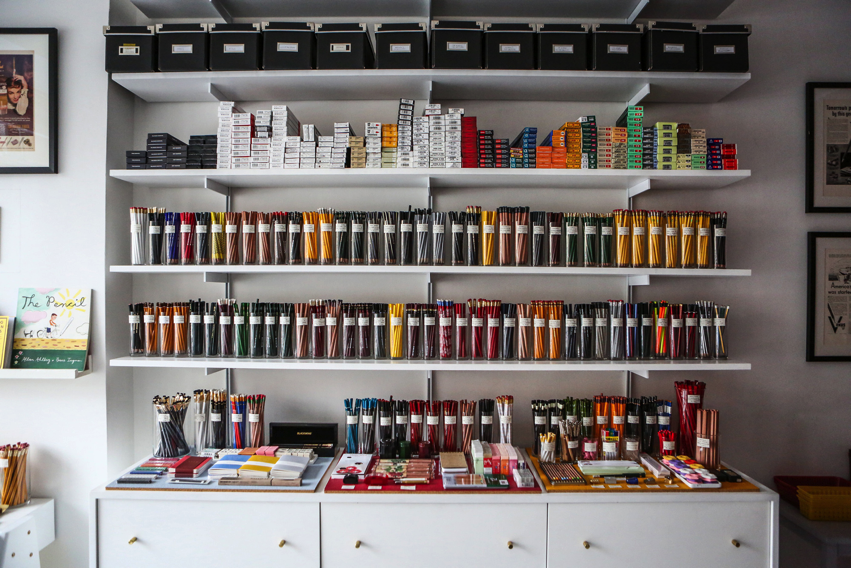 Comments Off on Selling pencils for a profit #ArtTuesday