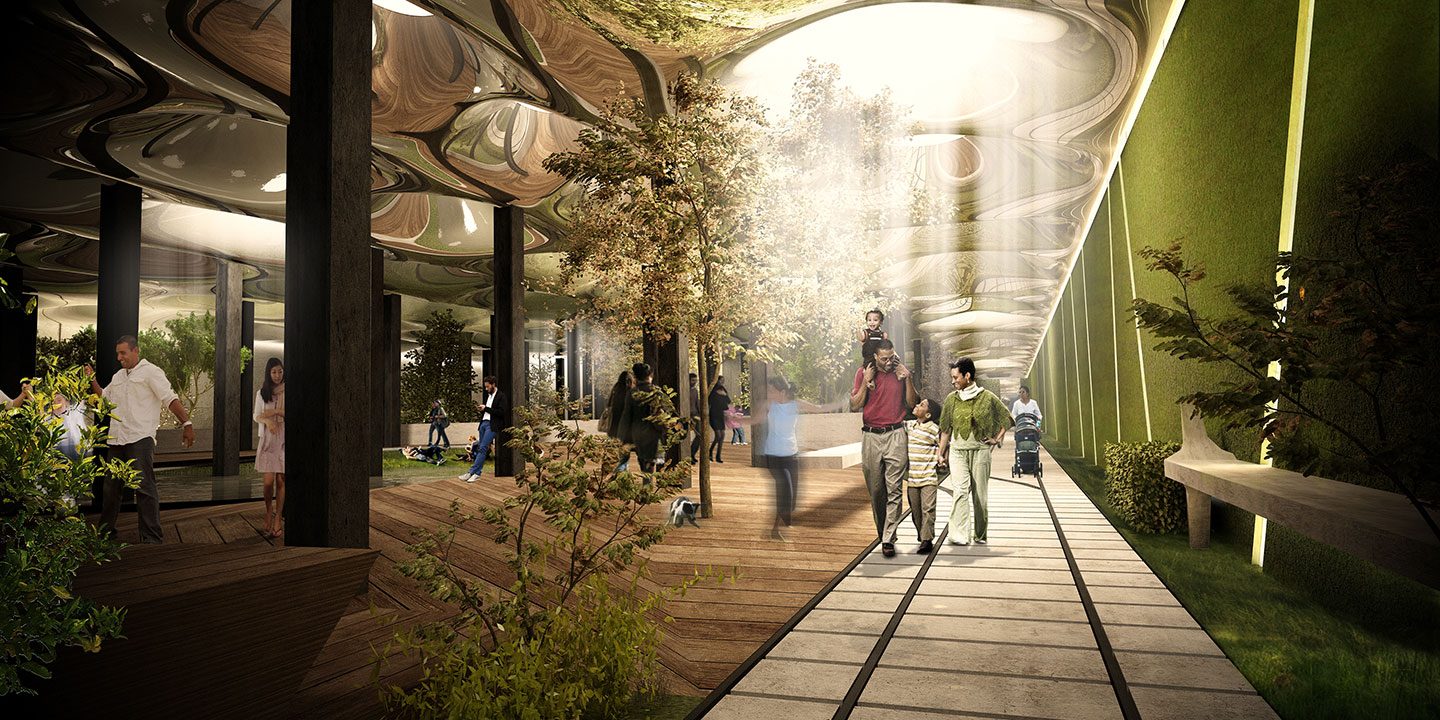 Beneath Delancey Street on Manhattan’s Lower East Side lies a derelict tram station that’s been closed since 1948. With cobblestones, vaulted ceilings and snaking tracks, the century-old site is a favourite of graffiti artists. But when architect James Ramsey saw it in 2009, he envisioned a different use for the gritty canvas: spraying it with natural light and creating an underground park.

At the time, Ramsey was tinkering with solar technology that could make this fantasy possible. While working at NASA, he realised that the high-quality optics he was developing for satellites could be used in architecture. Solar panels could collect sunlight and channel it via fibre-optic “helio tubes” to basements and windowless rooms, creating what Ramsey calls a “remote skylight.” The Williamsburg Bridge Trolley Terminal, he thought, would be the “coolest, biggest, oldest” place to apply the new technique. He teamed up with Dan Barasch, a former Google strategist, and devised a plan to turn the 60,000 square foot site into a subterranean tropical garden called the Lowline. In an area devoid of green space, it would be a public amenity, science experiment and urban adventure rolled into one.

It sounds crazy, but the technology works. Since October, the Lowline team has tested the idea in a blacked-out lab nearby, which is open to the public on weekends until March 2017. Plants are thriving; children love it. If the city approves it, hopefully in the next few months, the park could open in 2021.

The idea touches on “the creativity and scrappiness of an urban dweller,” says Barasch. “It’s trying to challenge the assumption that cities and nature can’t be compatible.” New Yorkers have always elbowed into any open space they can find, building parks on abandoned lots or derelict piers, and the Lowline continues that tradition. Its name nods to the High Line park, located on an elevated train track, whose success has given credibility to other out-of-the-box designs. Like that west-side catwalk, the Lowline would also save a rare vestige of Manhattan’s past.

Under eight lanes of traffic, the trolley terminal is in an area of particularly bad urban planning. In the 1960s, the city razed 14 blocks of tenements around Delancey Street, promising to build new apartments for local residents. Five decades later, the site is finally being developed, in a $1.1 billion mixed-use scheme called Essex Crosssing, also scheduled to open in 2021. Ramsey and Barasch argue that the Lowline would energise a neglected neighbourhood, boosting local businesses and giving children a safe place to play all year round. With the mayor, Bill de Blasio, waging a campaign against inequality, a project that benefits such a diverse, mixed-income and underserved community feels well timed.

The public appears to have embraced the idea. Since the Lowline Lab opened its doors six months ago, 50,000 people have visited. The horticultural and technological workshop, located in a former market building on Essex Street, was designed by Ramsey’s Raad Studio and landscape architect Signe Nielsen. It is lit by soft, bright rays that bounce off an aluminium canopy. When a cloud passes by, it gets dimmer; you look up almost expecting to see a skylight. Ferns, palms and Spanish moss hang from the ceiling. Funnelled from three solar panels on the roof, the light is refracted but still natural, so it contains the full spectrum of colours that plants need to flourish. 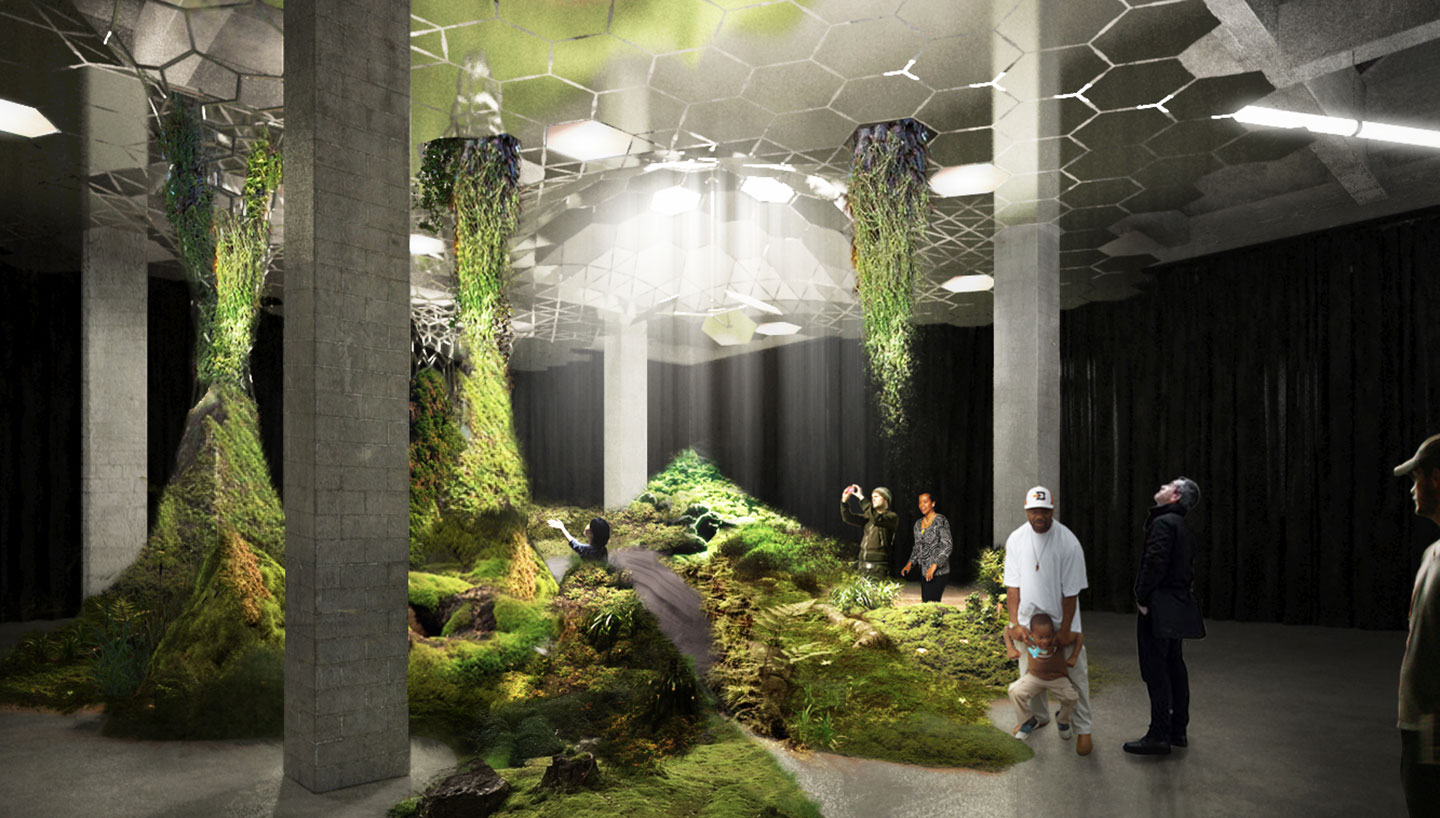