Approximately 100 miles in diameter, the tiny moonlet – named “MK2” – is orbiting the dwarf planet Makemake, itself discovered in 2005. 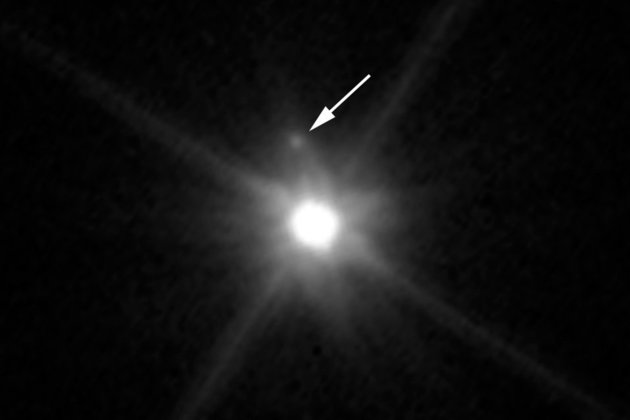 Astronomers using the Hubble Space Telescope discovered a moon orbiting dwarf planet Makemake — the third largest known object past the orbit of Neptune, about two thirds the size of Pluto. Further observations of this moon may allow astronomers to calculate Makemake’s mass, which will give them a better idea of its density and thus its bulk composition.

Comments Off on This Week in Space: Hubble Telescope Discovers New Moon in Our Solar System #NASA