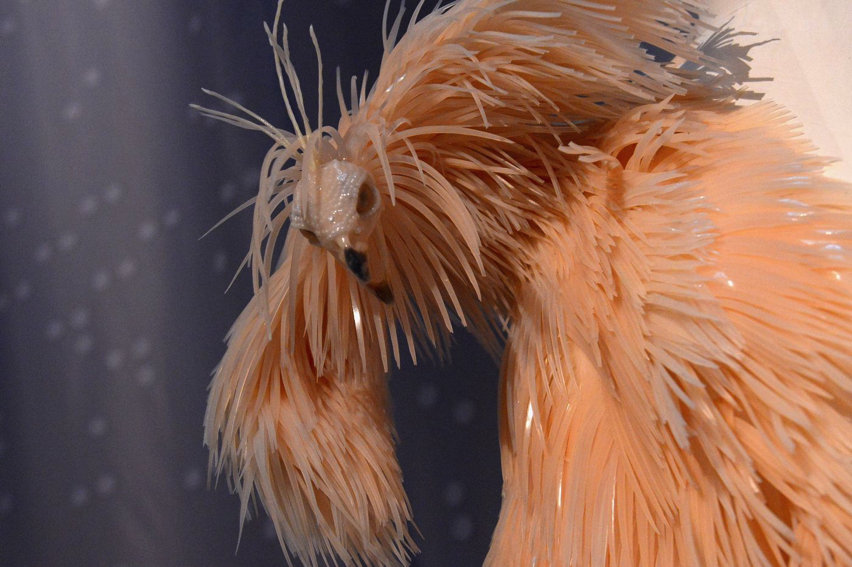 A sneak peek of the upcoming Manus x Machina exhibit from the Met’s Costume Institute via Racked.

…Sponsored in part by Apple, Manus x Machina will ask viewers to observer how the “exclusivity, spontaneity, and individuality” created by human hands and the “progress, democracy, and mass production” by the machine are equally important for the fashion of now and of the future.

The show was not, according to Bolton, inspired by last year’s Alex Garland film Ex Machina, as many people have asked since the announcement of the title. It was, however, inspired by an earlier science-fiction flick, Fritz Lang’s 1927 Metropolis. The plot “unfolds as a dialectical treatise of man versus machine,” Bolton told the assemblage before linking its theme to the uniting principle of his show. “This oppositional relationship has played out in fashion since the birth of haute couture in the mid-19th century, when designers began to construct the dichotomy between the hand and the machine.”…

…Bolton discussed some of the outfits, which were momentarily on view in the Great Hall. A Chanel suit from the 1960s was predominantly machine-sewn, while an ensemble from the label’s falln/winter 2014/2015 haute couture collection featured 3D-printed overlay. An Iris van Herpen dress from the fall/winter 2013/2014 collection added “beast” into the man/machine duet as it incorporated gull skulls with synthetic pearls and glass eyes into its design (shown above).