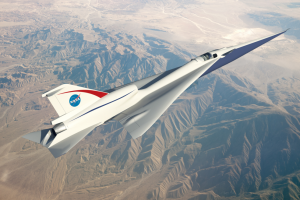 According to NASA, new research efforts are seeking to limit the environmental impact of air travel.

Goals include showcasing how airliners can burn half the fuel and generate 75 percent less pollution during each flight as compared to now, while also being much quieter than today’s jets – perhaps even when flying supersonic.

NASA’s renewed emphasis on X-planes is called, “New Aviation Horizons,” an initiative announced in February as part of the President’s budget for the fiscal year that begins Oct. 1, 2016. The plan is to design, build and fly the series of X-planes during the next 10 years as a means to accelerate the adoption of advanced green aviation technologies by industry.

“If we can build some of these X-planes and demonstrate some of these technologies, we expect that will make it much easier and faster for U.S. industry to pick them up and roll them out into the marketplace” said Ed Waggoner, NASA’s Integrated Aviation Systems Program director.