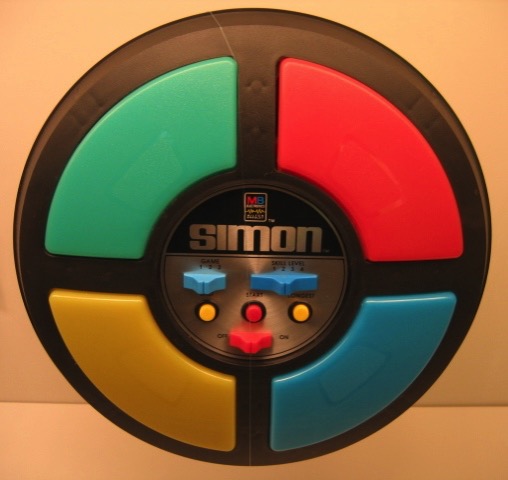 Recently CPC had a great time at Makerfaire UK and we took along a few games for the public to play. One of those games was a clone of the popular 80s game SIMON.

For those a little too young to remember. SIMON was a memory game that challenged the player to remember a sequence of lights that were underneath four coloured buttons around the perimeter of the game. The game increased in difficulty and speed as you progressed through the levels, before finally beating you…that part was inevitable.