I admit I walk and look at my smartphone sometimes. But even then I have a self-forced habit of holding my smartphone at my hip and intentionally glancing at drivers when crossing streets. I do this because I want them to know that I see, and acknowledge them, and I want the same in return. But not everyone is me, and I’m not everyone, and sadly some – mostly younger – people dart out into intersections while looking at their smartphones, without first surveying the traffic and signals.

As such The Washington Post reports on one German city has taken to embedding lights in the ground that correspond to walk/stop signals, in the hopes that users glancing down to look at their smartphones might also see the lights and know when to stop: 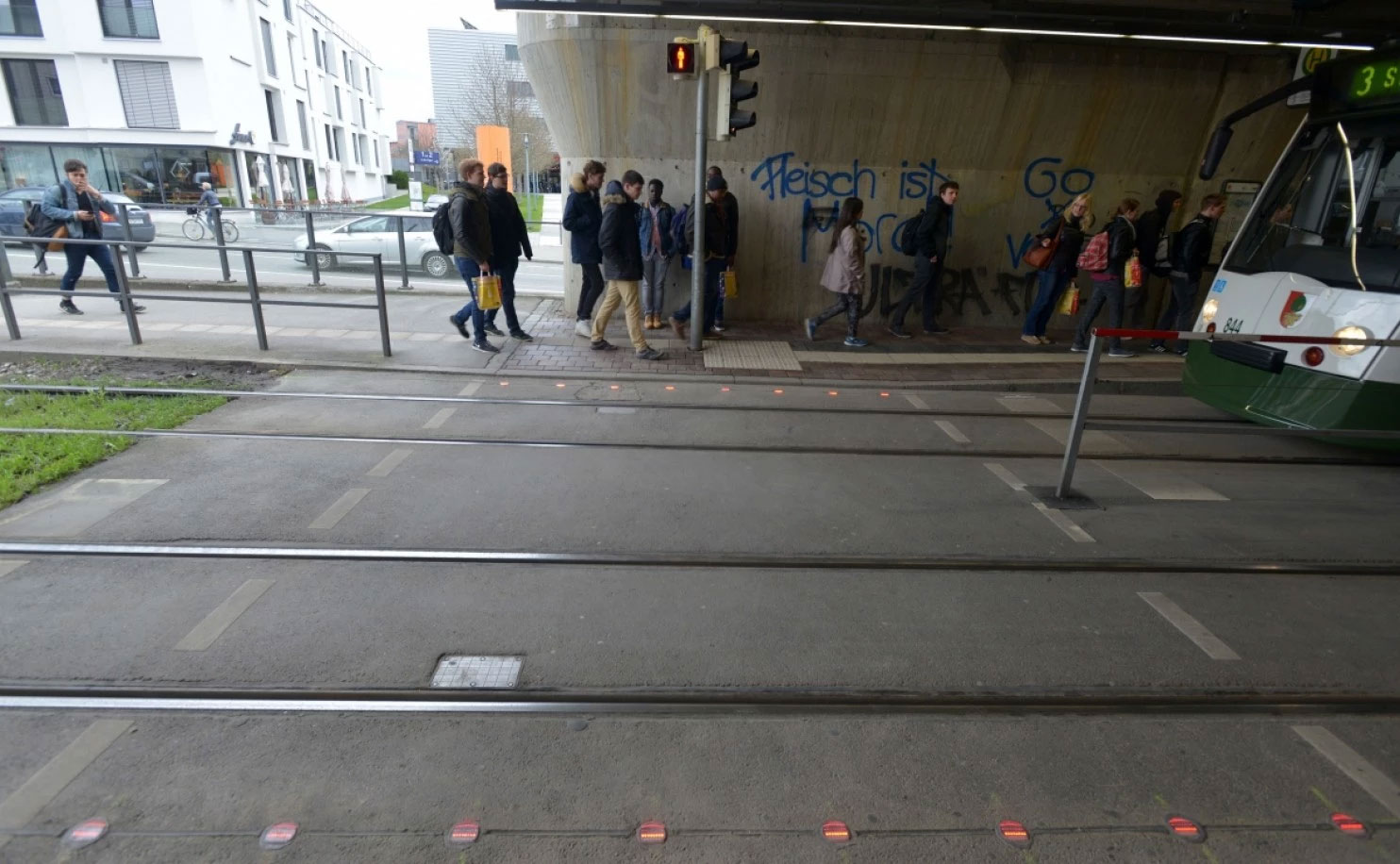 “It creates a whole new level of attention,” city spokeswoman Stephanie Lermen was quoted as saying. Lermen thinks the money is wisely spent: A recent survey conducted in several European cities, including Berlin, found that almost 20 percent of pedestrians were distracted by their smartphones. Younger people are most likely to risk their safety for a quick look at their Facebook profiles or WhatsApp messages, the survey found.

That problem may be even more widespread in the United States: A survey by the University of Washington found that 1 in 3 Americans is busy texting or working on a smartphone at dangerous road crossings. The Department of Transportation has established a clear connection between such habits and an increase in pedestrian deaths.

Comments Off on Urban Tech: Traffic Lights Embedded in the Ground to Aid Smartphone Users