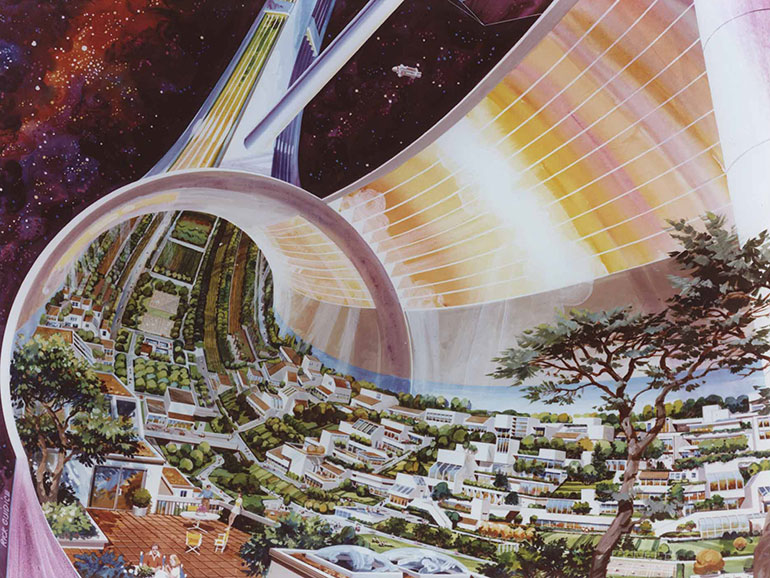 The International Space Station is getting an extension: the Bigelow Expandable Activity Module (or BEAM for short). The ultra-portable inflatable is not, sadly, an interstellar bouncy castle, but a room for astronauts to live in. The technology behind the structure has the potential to be applied to all manner of things, from deep-space missions to lunar hotels (Robert Bigelow, who has overseen the project, made his fortune from a hotel chain, Budget Suites of America). The BEAM, however, does seem a little modest when compared to the ambitious visions for space living dreamt up by NASA in the mid-1970s.

The forecasts were the product of a series of “summer studies” led by NASA’s Ames Research Centre and Stanford University, at which top academics, scientists, and engineers gathered to imagine how future space colonies could look. Artists gave life to the blueprints, producing a stunning series of images that look like a cross between CGI real-estate models (complete with would-be residents smugly sipping wine) and the fantastical worlds of Isaac Asimov.

Three main types of colony were proposed. One was the Stanford Torus (below), a 2km-wide donut that rotated in order to create gravity. Perhaps the most realistic of the three, it was designed to house 10,000 people and would be more park than spaceship, furnished with trees, grass and lakes, as well as a colony-spanning monorail…

In many ways these grandiose blueprints seem like relics from a more optimistic age – a post-Apollo pipedream. In fact, by the time they were drawn up, NASA’s funding had already been dramatically slashed by Richard Nixon. America’s space programme was no longer the priority it had been during the 1960s.
Now, thanks to the ISS and firms like SpaceX and Virgin Galactic, people are starting to get excited about space again. With space technology having advanced so much since the 1970s, and the Earth’s population having doubled, maybe it’s time for some more interplanetary town-planning. 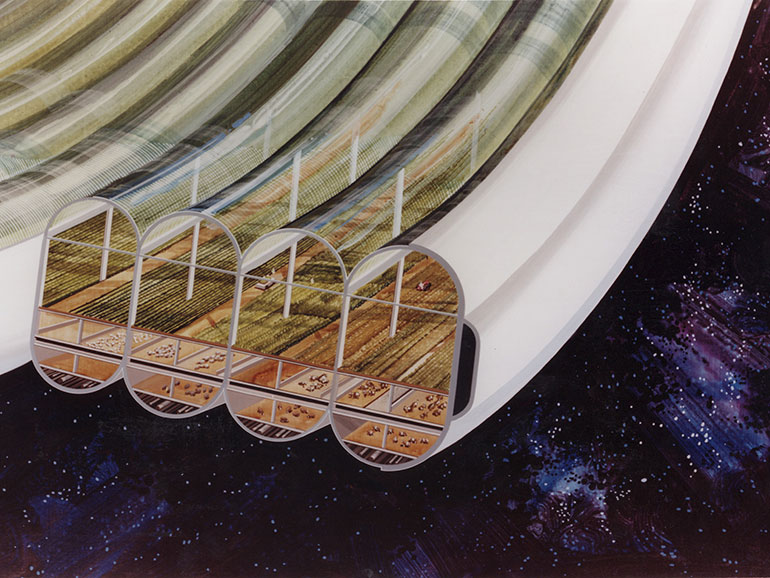 Comments Off on Suburban Space Oddities