First Woman Violinist to Perform on the American Stage #MusicMonday 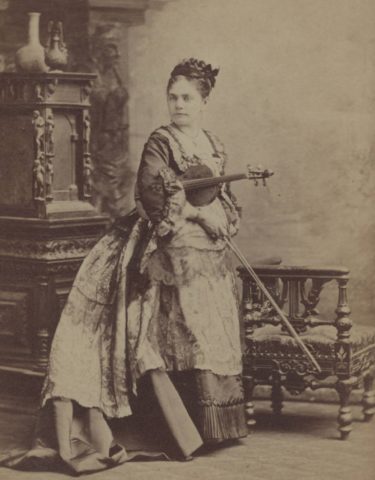 Why has the world forgotten Camilla Urso, a violinist of such profound virtuosity she was described as producing sounds “nearly as perfect as the human ear will allow.”? via HYPERALLERGIC

Violinist Camilla Urso “stood on the stage like a statue on fire,” in the words of writer Theodore Tilton. Nearly everyone who witnessed her virtuosity in the 19th century marveled at her fusion of passionate playing and poise, describing her presence as “ethereal” and “with an intonation as nearly perfect as the human ear will allow,” anointing her the “Queen Violinist of the World.” She was the first woman to perform as a concert violinist in the United States and a celebrated force in the classical music scene, beginning with her debut before the age of 10 in her home country of France. Later, she took grand tours across the globe from South Africa to Australia, and spent her last struggling years in New York vaudeville. At the peak of her fame, one of the wilder reports claims that 300 timber wolves were slaughtered to raise enough funds to bring her to the frontier of the Northwest United States.