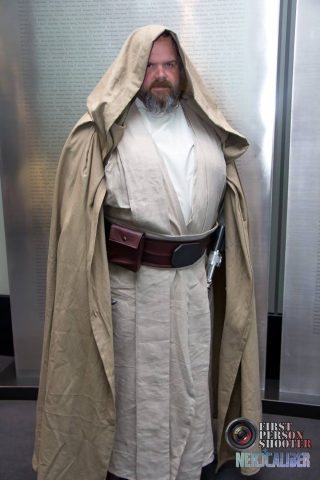 The Force Awakens cosplay I’ve seen so far mostly features Rey or Kylo Ren; I have yet to see anyone tackle Luke Skywalker’s look from the end of the film — the very end of the film. Redditor stodd73 created the costume for PAX East. He made everything except the lightsaber, pants, and boots. Overall, the costume looks very similar to what Luke had on. I think with a little more wear and aging, it will look like he’s been alone on an island by himself for years

Comments Off on The Force Awakens Luke Skywalker Costume