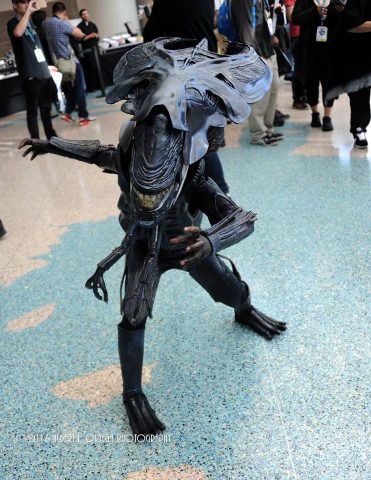 The Miyamoto family builds amazing costumes, especially for their kids. For WonderCon in 2015, they transformed their daughter Kayla into a tiny Predator. For this year’s WonderCon, they made their 7-year-old daughter Zoe a tiny Xenomorph costume. They documented the build in a thread at the Predatorium and based the design on Neca’s deluxe Alien Queen figure. To form the base for the neck and head, they started with a cheap army helmet. You have to appreciate the resourcefulness. They built out the head shapes with craft foam, and they did important tests along the way like checking the range of movement and making sure the foam wasn’t too heavy for Zoe’s head.

The tail presented some interesting challenges — including transportation. They said:

The tail was an interesting thing to figure out. There were of course some issues I wanted to focus on. Number one being transportation. Not just in route to an event, but moving through a crowd at said event. Building an adults costume, you can sometimes afford ignoring comfort and put all your focus on the “look”. Building a child’s costume is a little more complicated and requires a bit more sensitivity in its construction. If it is too restrictive, the child will develop a fear of wearing it and all your hard work is null and void. I was concerned with a 7 year old swinging a long tail around while trying to make her way through a crowd.

They made a 9 gauge wire for support and covered it with pipe insulation. Then the vertebrae of the tail was made from craft foam. You can see the base of the tail in the last picture. 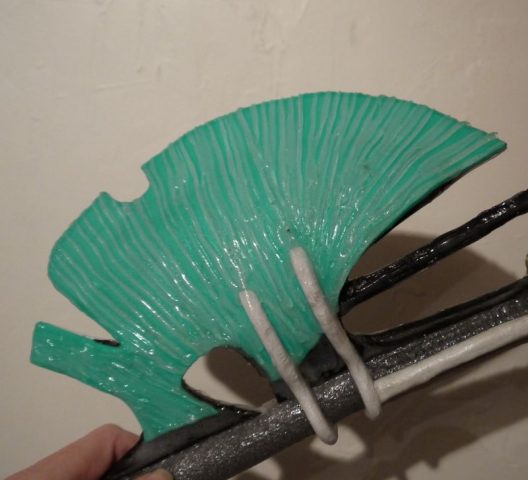 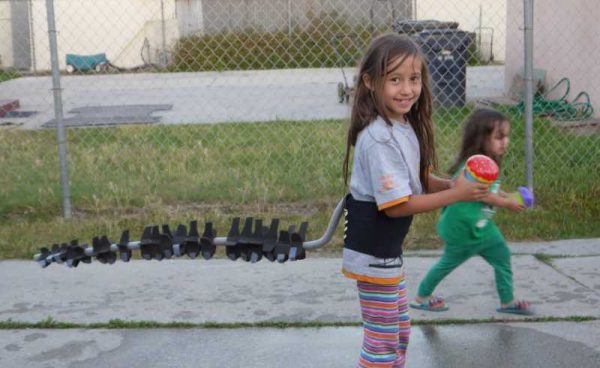 You can see the entire build thread for the costume at Predatorium.

Comments Off on Tiny Xenomorph Costume Terrorized WonderCon with Cuteness