We’ve rounded up some of our favorite Star Wars themed cosplay guides and blog posts that we hope will inspire in celebration of Star Wars Day! May the 4th be with you. 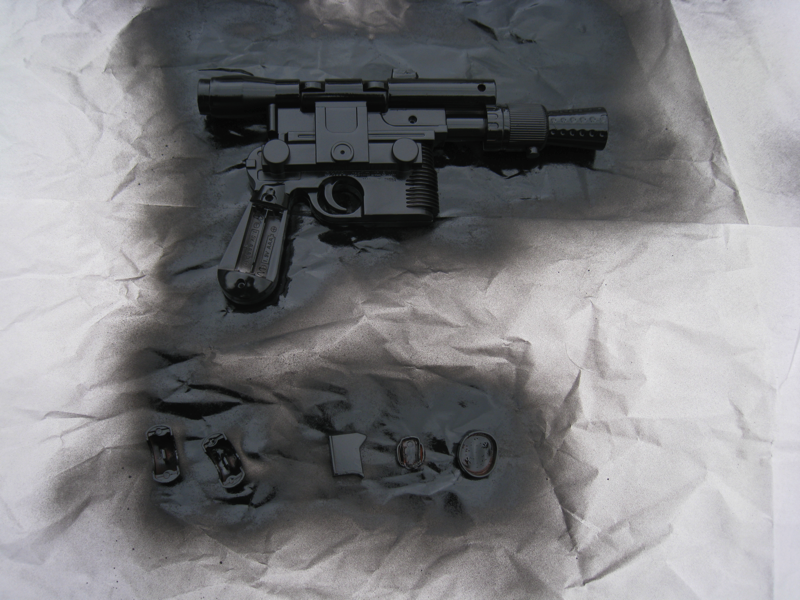 A Han Solo costume can usually be pieced together easily by going in ones closet or shopping at a thrift store. A checklist: 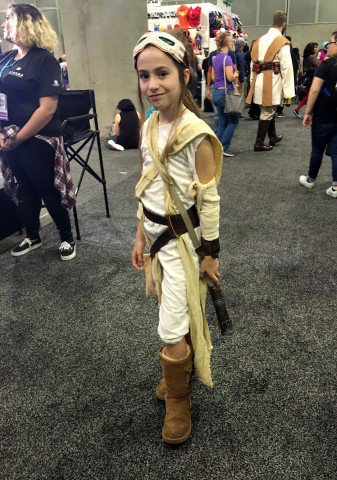 WonderCon took place in Los Angeles over the weekend, and while I wandered around, I couldn’t help but notice an incredibly high number of Rey costumes. The lead of Star Wars: The Force Awakens has inspired girls of all ages. I saw a steampunk Rey, a casual Rey, and everything in between. Read more 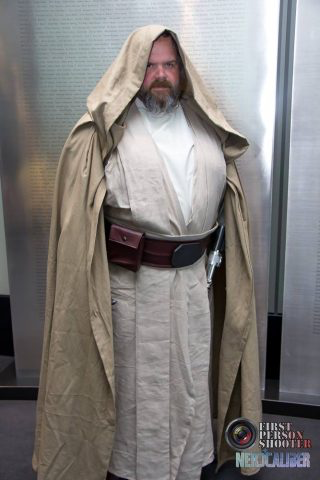 The Force Awakens cosplay I’ve seen so far mostly features Rey or Kylo Ren; I have yet to see anyone tackle Luke Skywalker’s look from the end of the film — the very end of the film. Redditor stodd73 created the costume for PAX East. Read more 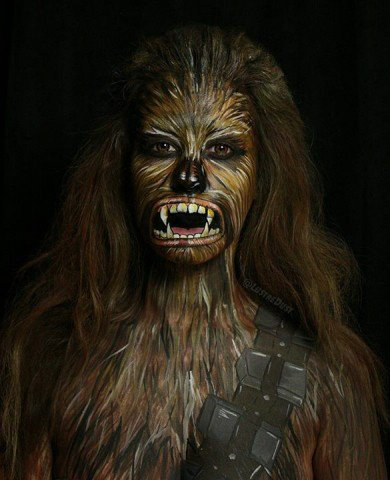 Lianne Moseley, also known as Lustre Dust, is a professional makeup artist who does incredible things with body and face paint. Incredible and sometimes a little unsettling. To celebrate the upcoming release of The Force Awakens, she channeled the Force and used her Jedi Master skills to create a few looks inspired by the original trilogy. Read more

This is the perfect head covering for those uncomfortable parties where you know you’ll experience social anxiety disorder, but want to go anyway because it involves costumes. You can speak quietly with your friend on the inside, but it’s all droidish on the outside. LOVE!! Read more 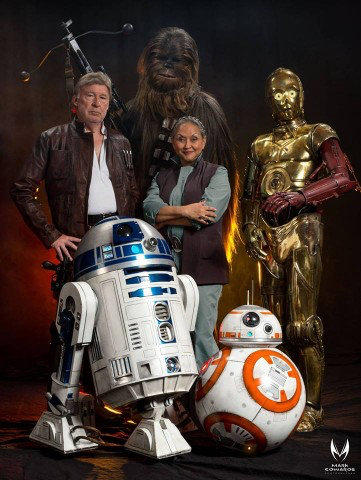 Families that cosplay together, stay together. I’m not sure if that’s true, actually, but it seems like a logical line of thought. The Force Awakens has inspired more than a few family units to pull costumes together, and two examples recently came onto my radar. The above photo features Del and Ginny Bender as Han Solo and General Leia Organa. They’re surrounded by Cory Daniel as Chewbacca and Gordon Tarpley as C-3PO (note the red arm). R2-D2 and BB-8 were provided by Mike and Amy Senna. Read more

Five Years of Star Wars Cosplay in One Video

The popularity of the Star Wars saga means there are countless cosplayers who dress as characters from the films and television series and come up with their own original designs. Beat Down Boogie has been grabbing video of cosplayers at conventions for five years, and they’ve recently released a supercut that shows the incredible range of costumes they’ve seen from the galaxy far, far away in that time. Read more 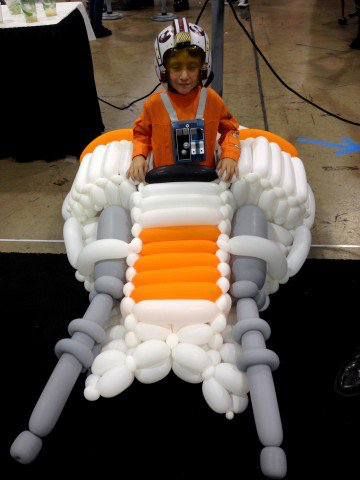 Star Wars Celebration took place last weekend in Anaheim, and it was four days of all Star Wars all the time. It’s unlike any other convention I attend because it’s focused on a single fandom. Everyone is enthusiastic, passionate, and kind. The vibe is positive and welcoming, and that leads to so much creativity. Read more

Comments Off on Star Wars Cosplay for #StarWarsDay