Father Photographs his Astronaut Son as they Explore Earth Together #CelebratePhotography 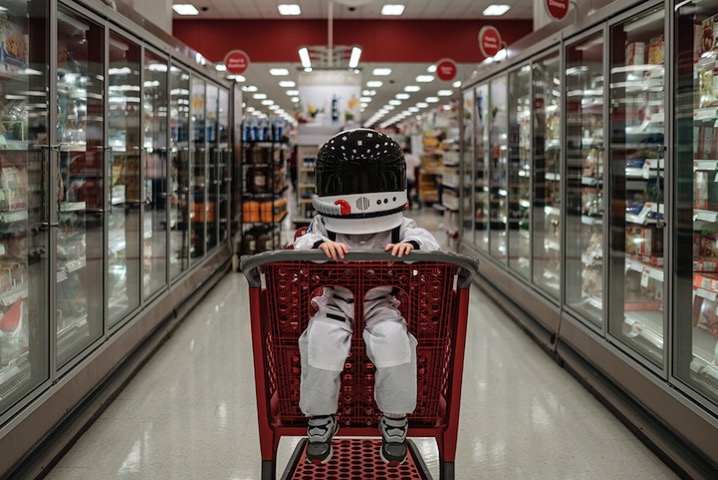 We tell kids that the sky’s the limit when it comes to exploring the world’s possibilities, but we tend to forget to embrace that wisdom in our own lives, as we get bogged down in the day-to-day responsibilities of adulthood. Photographer Aaron Sheldon has revived a starry-eyed, childlike curiosity for our most menial errands and activities, thanks to his four-year-old son, who models as a tiny astronaut in their collaborative photo series called Small Steps Are Giant Leaps.

Sheldon explains that the concept first came to him during a bus ride with his mini-me, who was totally transfixed by the mode of transportation that felt so commonplace to his dad. The photographer wanted to highlight that youthful knack for seeing everyday scenes through adventurous, inquisitive eyes, but the project’s key, consistent element—the astronaut suit—came about a bit later. At a medical appointment, the father and his nervous son were discussing the types of role models who might be “brave enough” to withstand the exam table, and the boy inquired about astronauts, then proposed wearing his astronaut costume the next time they came to visit the doctor.

The collaborative project took off from there—as did the four-year-old’s fascination with the realm of the cosmos. He wanted to know how average errands—say, laundry, or grocery shopping—might work in outer space, and each question became the inspiration for the pair’s next photograph. Every image has taken about 10-15 minutes to complete, and each composition has a candid element, since the four-year-old, understandably, isn’t especially skilled at taking direction. However, he is especially good at adventuring off “in his own little world,” which Sheldon tries to emphasize by keeping other subjects out of the frame.

My Modern Met features this kid astronaut in tons of situations! See more and check out the artists website! 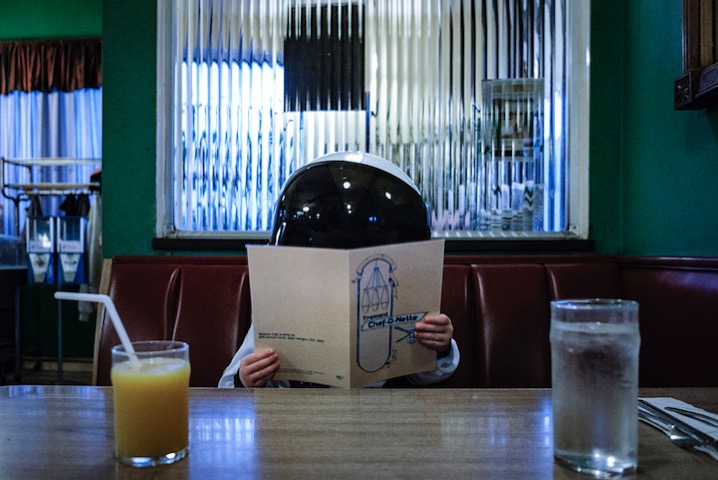