The story of Lydia Pinkham: the first woman to put her face on a product’s packaging 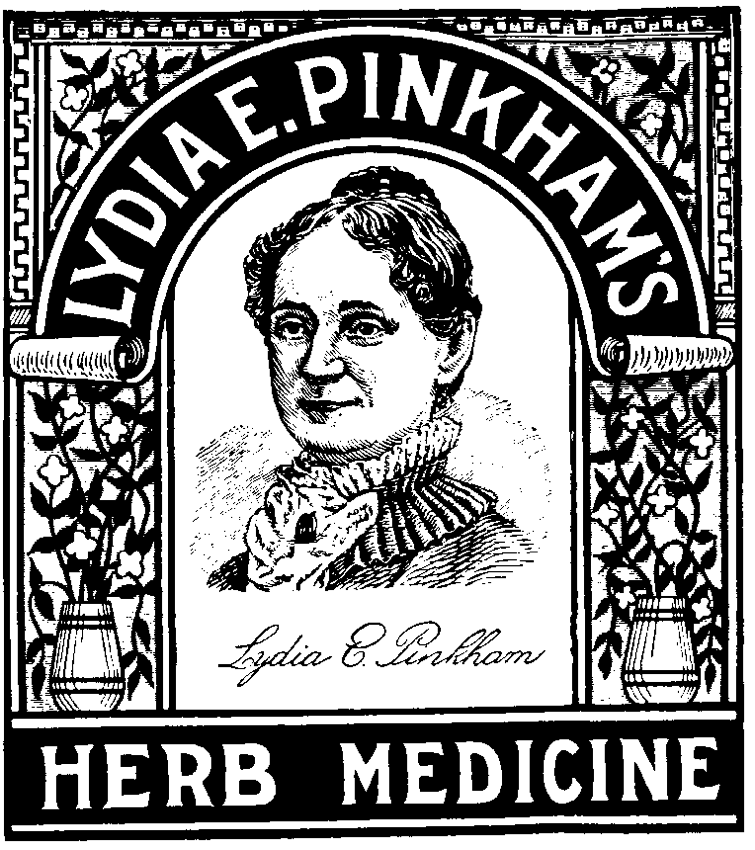 …When Pinkham first put herself on a bottle of her bestselling Vegetable Concoction, men sent her hate mail, harping on her haircut and her “cast-iron smile.” Journalists mixed her up with other famous women. College choirs made fun of her in song. All because she dared to put her portrait on a label.

Before becoming a well-known medicine maven, Pinkham had led a relatively quiet life. She was a schoolteacher, mother, and dedicated abolitionist in her hometown of Lynn, Massachusetts. She got into preparing medicines at the age of 56, through knack and necessity: the economy was tanking, her family needed money, and she happened to have a great recipe for a much-needed drug.

Nineteenth century pharmacies were full of patent medicines—mixtures which, though dodgy by modern standards, helped citizens through illnesses and complaints, often by slyly dosing them with cocaine or opium. Pinkham had spent years concocting a menstrual cramp-soothing mixture that all the neighborhood women swore by. In 1875, hoping local appeal would translate, she brewed up the first commercial batch of her “Vegetable Compound”—some roots, some seeds, and a generous amount of alcohol, all stirred together on the stove.

The bitter brown sludge didn’t look or taste like much, but it hit the spot for a number of women with nowhere else to turn. As Sarah Stage explains in Female Complaints, science during that time had all sorts of hysterical ideas about the female reproductive system, and doctors “frequently overtreated and maltreated the uterus,” sometimes going so far as to pre-emptively remove a woman’s ovaries to save her from the ravages of menstruation. Fearing such drastic measures, patients were often reluctant to discuss even basic aches and pains with their doctors.

In this climate, Pinkham’s medicine, made by and for women and billed as “a Sure Cure… without the knife,” flew off the shelves. To help it along, Pinkham offered up her services as a kind of medically-minded Dear Abby, inviting customers to write in describing their ailments—for which she would prescribe, of course, more Vegetable Compound. They would then write back with effusive thanks.

Meanwhile, her sons Will and Dan turned themselves into a two-man marketing team, converting Lydia’s advice and customers’ testimonials into flyers, pamphlets, and newspaper ads. A few years into the venture, hoping to expand the business’s reach even more, Dan decided to add something new to the Vegetable Compound bottle—a picture of Lydia. Her wise, kind face would help make her product even more relatable, the Pinkham family thought. In 1879, they commissioned a portrait, and rolled out a new campaign with Lydia front and center.

Comments Off on The story of Lydia Pinkham: the first woman to put her face on a product’s packaging