Huh, this is interesting – if you’re in the NYC tech start up scene, it’s hard to find a bigger crash-and-burn other than Quirky. Lost $150m+ laid off hundreds, currently in bankruptcy. 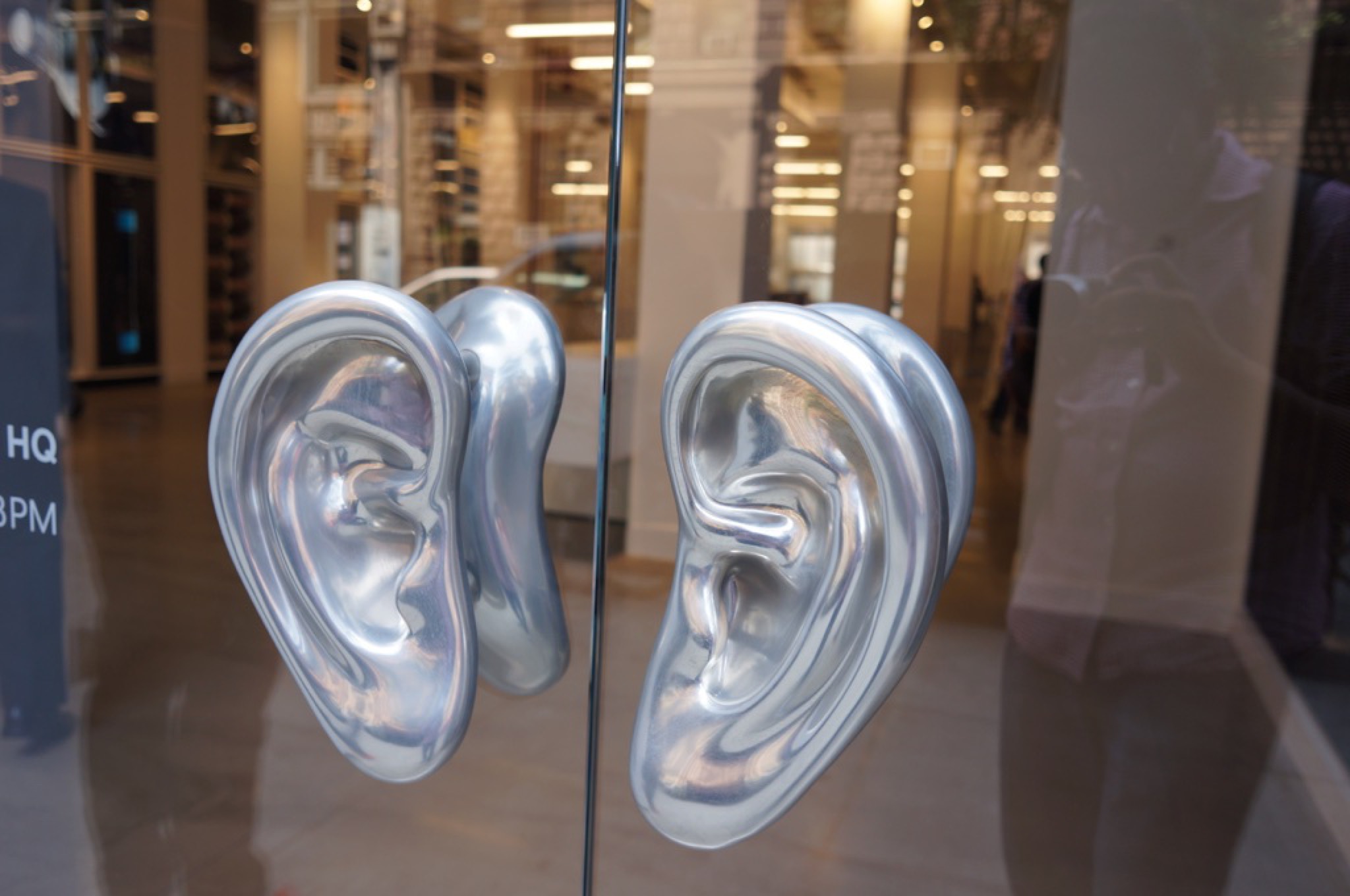 We’ve walked by this place a ton of times, we’re not kidding about these ears!!!

This looks like the logo on hat (called Step 1 in a mutli-part step, which the 5th step is profit?)…

Anyway – yah, looks like the company is called Auxiliary and will have a domain of aux.space and/or aux.fund. We’ll stop by over the weekend and see what’s going on, maybe a co-working techshop type thing? Will GE fund all this again? We’ll put this in the spam-free Maker Business newsletter too when we find out more.