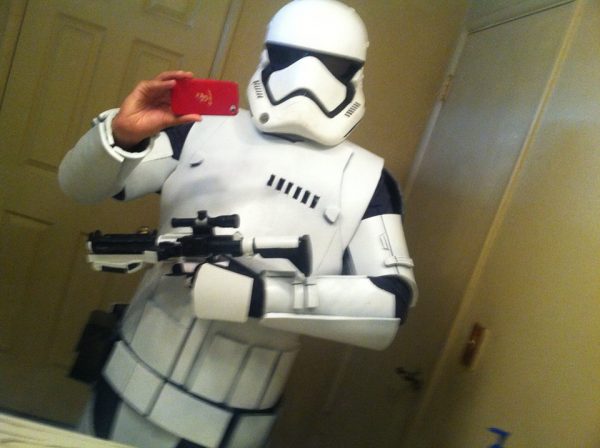 We’ve been discussing EVA foam somewhat regularly around these parts lately but only because cosplayers have been continually impressing me with how they’re using the material. For example, Aaron Cruz used the mats to make a First Order stormtrooper ensemble. Stormtrooper costumes are often made from fiberglass or some sort of plastic. Cruz researched on YouTube and then spent about two months on the build. He didn’t use any files but instead used images from Star Wars: The Force Awakens as reference to draft the pattern himself.

As for the helmet, he used a resin kit but says he sanded, painted, used window tint & thin clear plastic sheet for the lenses.” 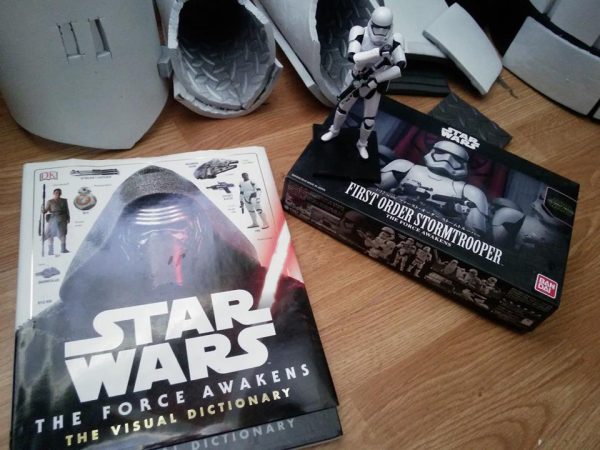