I volunteer for Destination Imagination, and during competitions Appraisers are encouraged to wear a creative hat. As usual, I first came up with a project I wanted to try, and later figured out how to strap it to a hat. I left as much electronics exposed as possible because DI is a creative problem solving competition and the kids typically want to learn the how and why of my hat.

That’s awesome. Check out his build progress here at Hackaday.io; read more about the non-profit Destination Imagination organization; and build your own Guggenhat following these instructions. 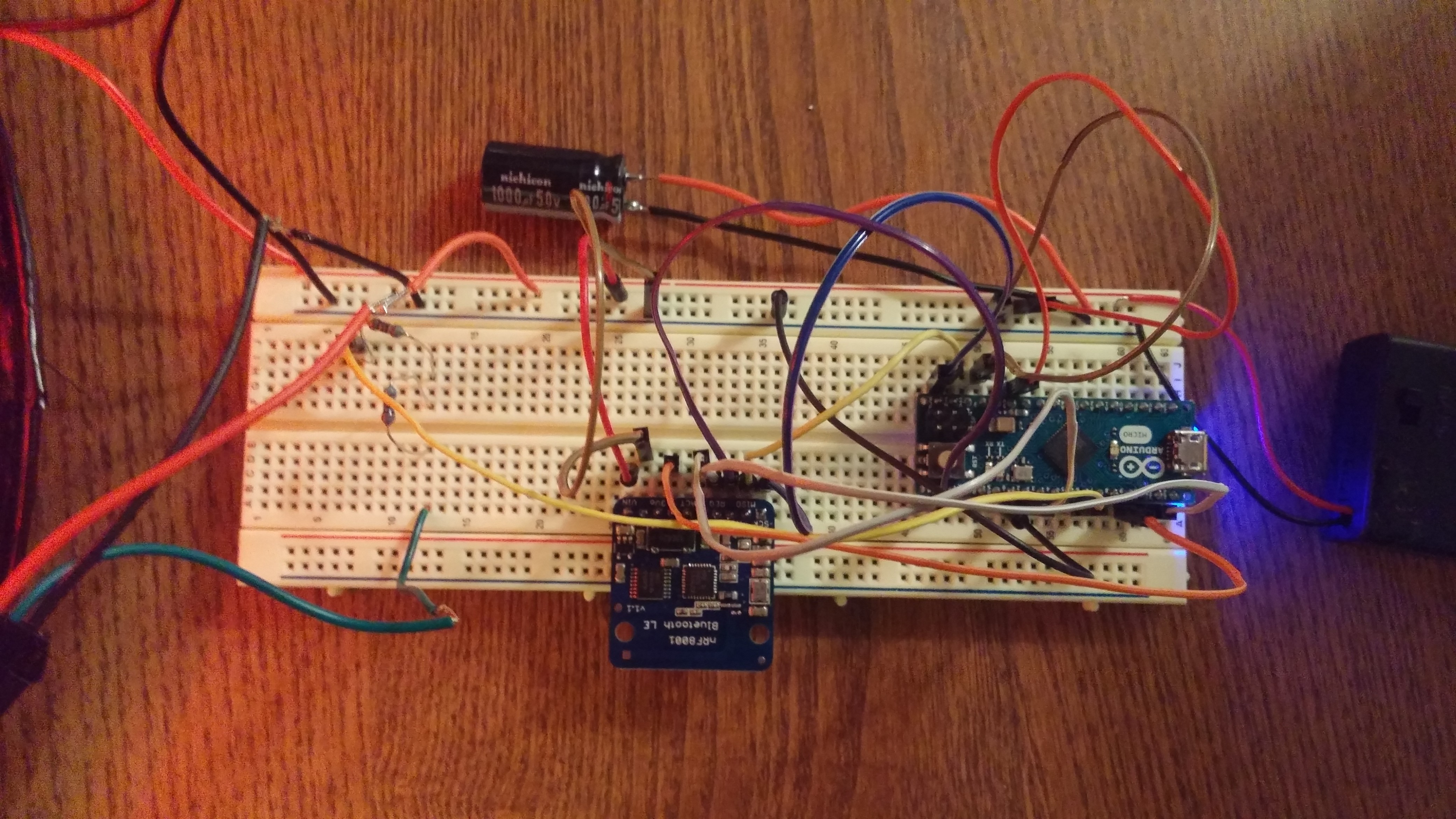 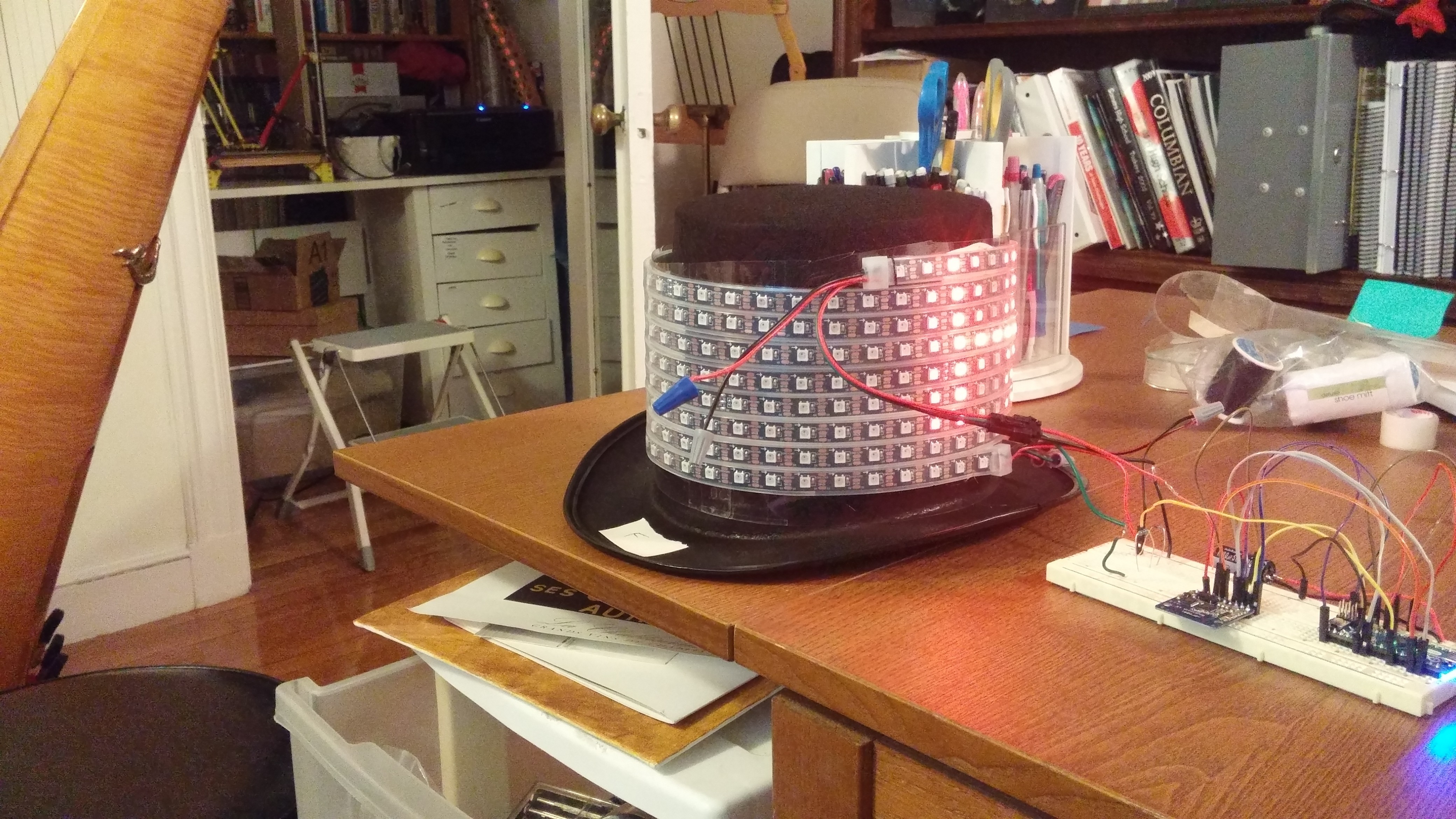 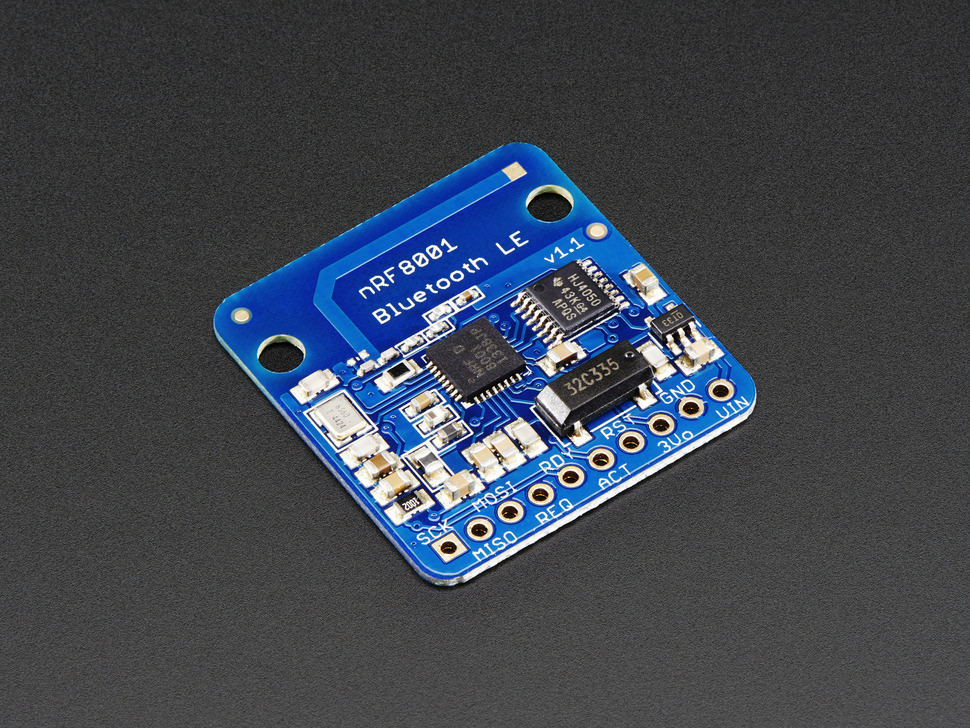 Bluefruit LE – Bluetooth Low Energy (BLE 4.0) – nRF8001 Breakout – v1.0: Our Adafruit Bluefruit LE (Bluetooth Smart, Bluetooth Low Energy, Bluetooth 4.0) nRF8001 Breakout allows you to establish an easy to use wireless link between your Arduino and any compatible iOS or Android (4.3+) device. It works by simulating a UART device beneath the surface, sending ASCII data back and forth between the devices, letting you decide what data to send and what to do with it on either end of the connection. Read more. 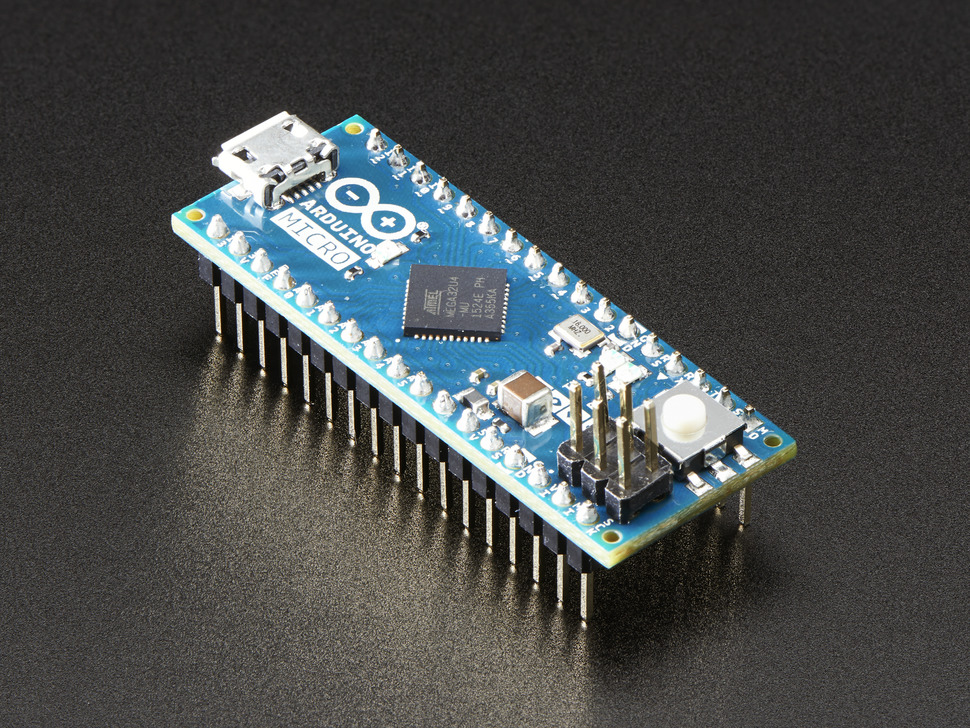 Arduino Micro with Headers – 5V 16MHz: Squee! It’s the cutest, tiniest little Arduino yet! The Arduino Micro packs all of the power of the Arduino Leonardo in a 1.9″ x 0.7″ (48mm x 18mm) size. Although it may look like a stick of gum, its actually a USB-native 8-bit microcontroller, with 32K of flash, and 2.5K of RAM. You can program it directly via the USB micro connector on one end (or for the advanced users, the 6-pin ISP header). The Arduino Micro is a microcontroller board based on the ATmega32u4 (datasheet), developed in conjunction with Arduino.cc and Adafruit. Read more.