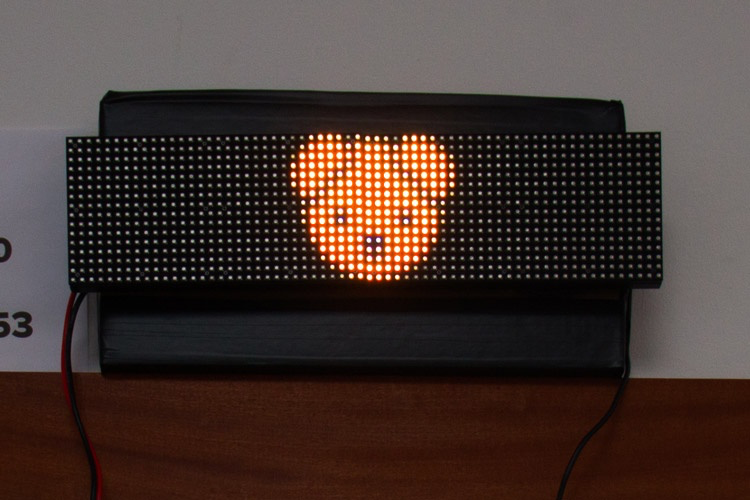 Fun to read write up from Dean Mercado at Yeti:

A few weeks ago, I was put on perhaps the most fun internal project anyone has ever been given in the history of Yeti. The goal? Create an LED ticker that would flash emoji in response to people posting emoji-linked excuses on one of our apps, Chelsea Handler’s Gotta Go! If you’re unfamiliar with this app, the gist is that you can set an “excuse” consisting of texts or phone calls that your phone can pester you with later at a set time.

These excuses are supposed to help the user escape awkward situations by letting them point to the excuse on their phone. Each “excuse” can be identified with an emoji, which helps users know what messages and phone calls they will be activating on their phone without having to read a verbose description. So my ticker would tell everyone in the office whenever a user is ducking out of some social event by showing us the emoji that user used for their excuse.

The Emoji Ticker, as it would be creatively named, would serve as a visually striking and fairly useful addition to the office ecosystem. I want to share some best practices that were learned during the project, but before I do, let me share the story of how we planned and executed on this project.