How biomimicry can be applied to architecture #Biomimicry 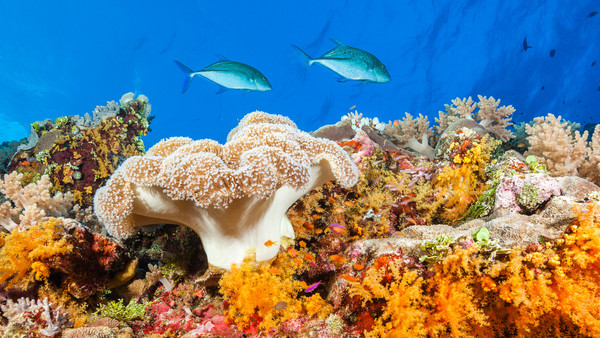 Via The Financial Times

When nature has a problem, evolution weeds out what doesn’t work and selects the most effective adaptations. Humans could also address environmental problems by using biomimicry — examining nature’s solutions and applying them to human designs.

Early examples of biomimicry are found in Leonardo da Vinci’s sketches for flying machines and in the work of Filippo Brunelleschi: after studying the strength of eggshells, the
Renaissance architect designed a thinner, lighter dome for his cathedral in Florence, completed in 1436. Later, in 1719, paper producers shifted from using cotton and linen fibres after French entomologist Réne-Antoine Réaumur suggested the wasp’s use of wood pulp in nest-building demonstrated a better alternative. In 1809, naval architect Sir George Cayley studied dolphins to make ships’ hulls more streamlined.

Yet perhaps the most famous example of biomimicry came in 1948 when Swiss engineer George de Mestral walked his dog: it emerged from the bushes covered in burrs. After examining the burrs’ tiny hooks under a magnifying glass, he designed Velcro.

Biomimetic innovation has flourished over the past 20 years: we have satellite parts inspired by the folding patterns of hornbeam leaves, a lightweight concept car based on the boxfish, and a medical probe inspired by the way the wood wasp “drills” into wood with minimal force and without a rotating drill bit.

Today, biomimicry could be applied to climate change; to address food, energy and water security; to cope with resource shortages or biodiversity loss; and in building sustainable cities.

Every year, about 15bn tonnes of concrete are produced worldwide, releasing about the same tonnage of carbon dioxide. That rate of construction is set to continue as developing countries build the cities they need.

The closest equivalent to concrete in biology is coral, formed by organisms that create structures out of minerals in seawater. Yet there is a stark difference between making concrete and coral: producing the former releases a molecule of carbon dioxide for every atom of calcium in the cement, whereas making coral fixes (or binds) an atom of carbon with every atom of calcium. If we could apply the same process of biomineralisation — through biomimicry — to global concrete production, we could, in theory, remove billions of tonnes of CO2 from the atmosphere.

Comments Off on How biomimicry can be applied to architecture #Biomimicry