The Diode Clock by Ted Yapo on hackaday.io

The Diode Clock is the first large-scale test of DDL, a universal digital logic family using only 1N4148 and 1N4007 diodes as switching elements. While simple AND/OR gates have long been constructed using diodes, I believe DDL represents the first diode-only logic circuits able to perform arbitrary logic functions. The clock is built using (46) DDL01 Hex NOR boards, comprising over 8,000 discrete components. It is the latest step in a 30 year quest to construct a computer using only diodes.

DDL has evolved over several generations to the point where complex digital logic systems are possible. In this project, I’ll explain the idea behind DDL logic and release open-source designs for the circuits and PCBs suitable for building your own clock (or a diode-only computer), as well as a simple demo circuit you can quickly build to experiment with this idea. 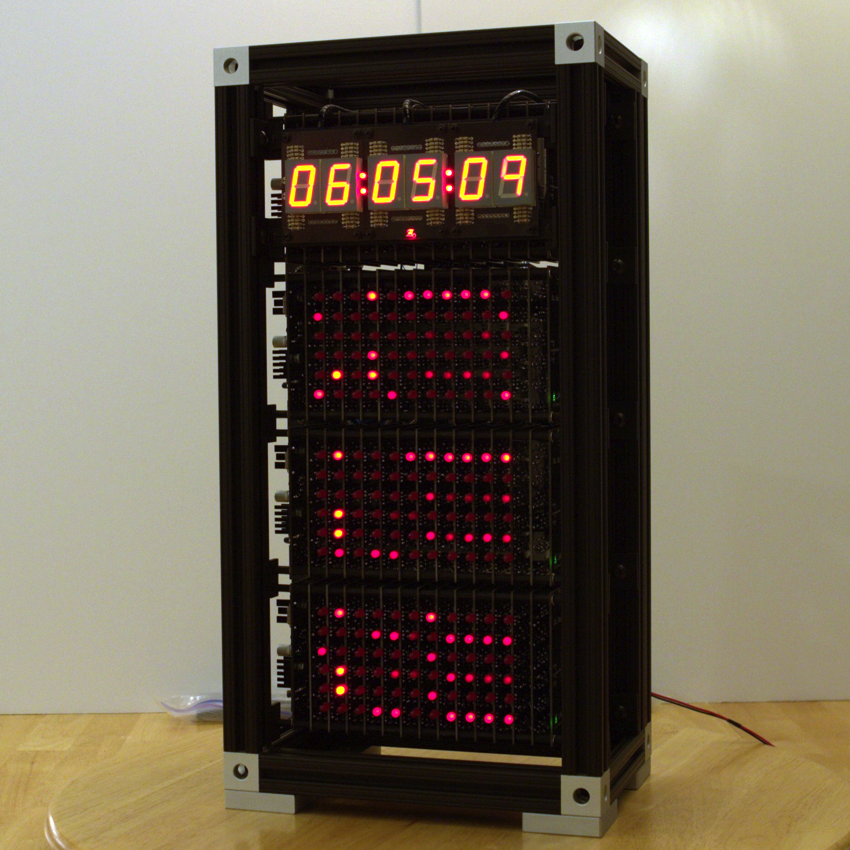 Comments Off on Diode Clock by Ted Yapo