I appreciate projects that equally surprise and baffle me – ‘Parasitic / Symbiotic‘ is definitely one such art installation. In the woods. CNC carving (poems, eventually) into trees. Powered by Arduino. I never thought I’d read all those words together, and yet here it is: 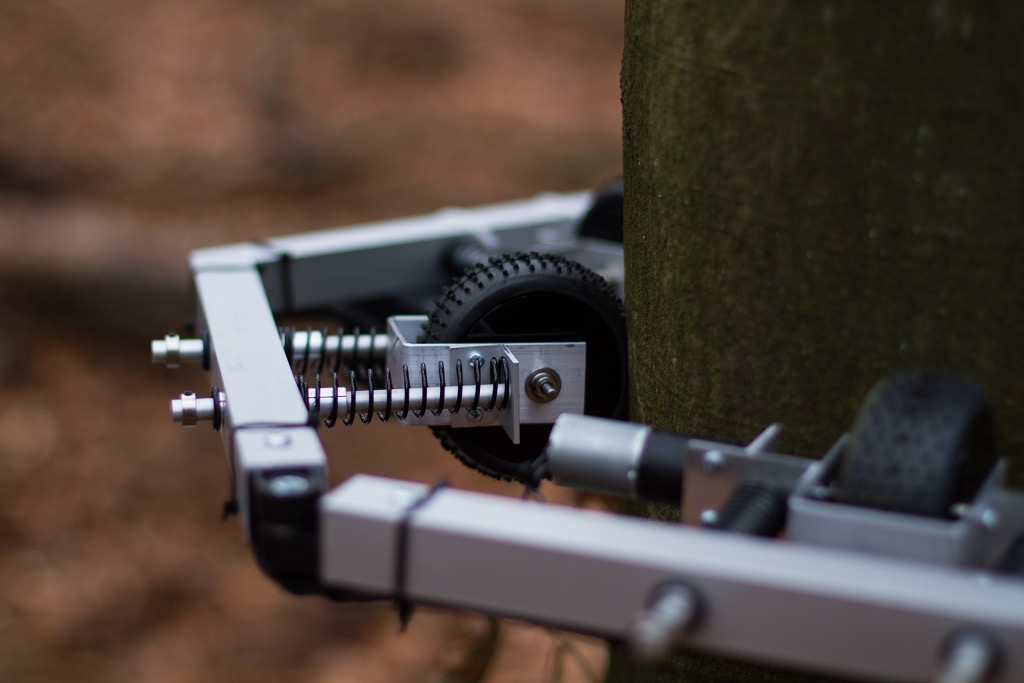 A scenario is created in which the human being makes use of a technical device, that is sitting like a parasite on a tree. It contains a milling machine, which moves along a tree to carve encoded text into it. For the content of the carving a poem from romanticism („Abschied.“ von Joseph von Eichendorff) is used, which expresses the natural thoughts of unity and oneness and depicts the relation of nature and culture.  The question, whether this act can be considered as natural or artificial and where we as humans are situated, is posed with this action. The project critically discusses this area of tension, as the act of carving into a tree is a paradoxical one on several levels: The forest, in which the act is performed, is actually created artificially for forestry use. But the tree itself still describes nature in its purest form. The human-made technical device interferes with this natural atmosphere. By carving into the tree it even harms nature. This forms a contradiction to the content of the poem – the romantic thought of oneness and the desire of the humans for nature. By using this technical device the human can realize parts of this thought. The result is an encoded form of the poem, which clearly refers to digital aesthetics and at the same time becomes part of the living tree. 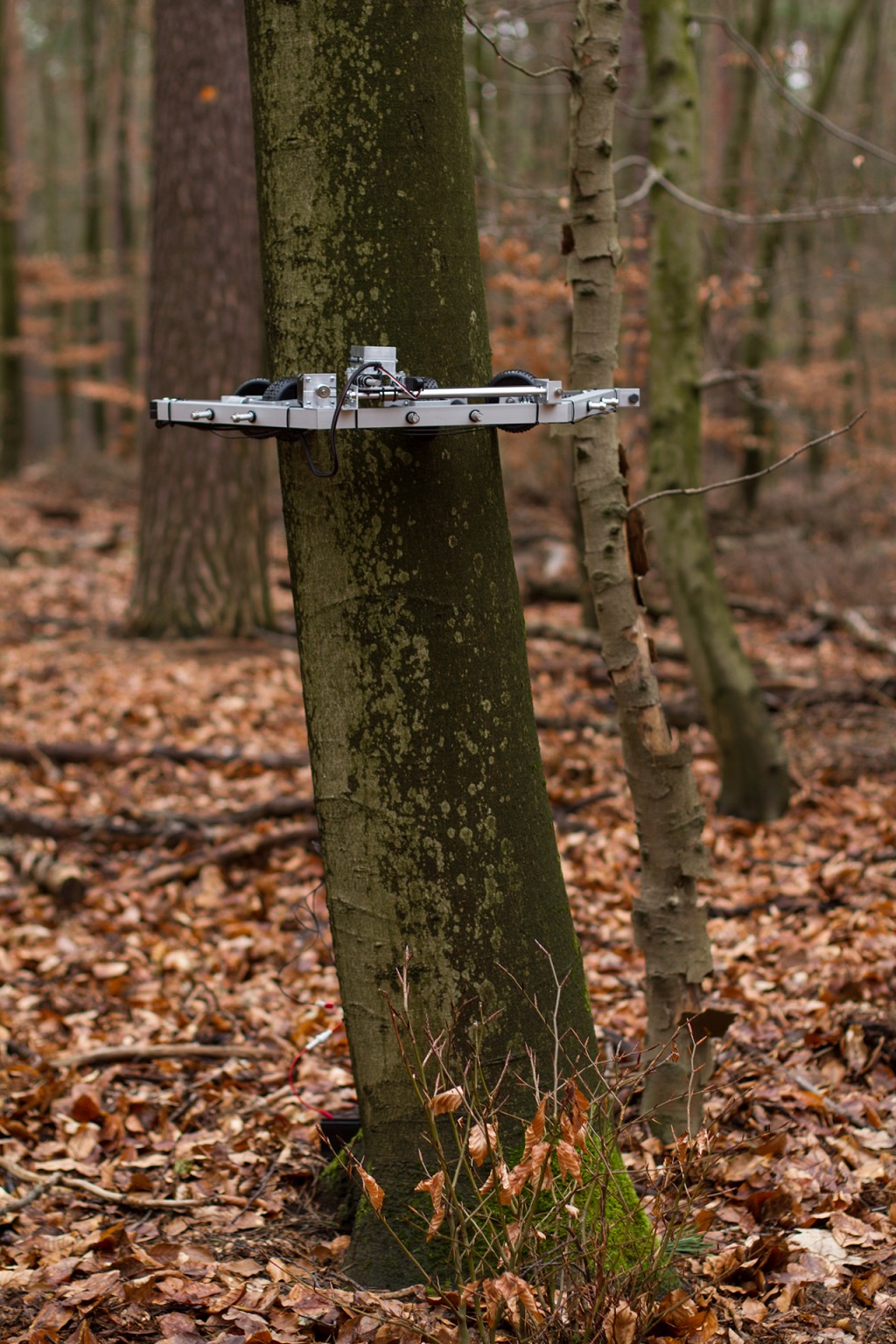 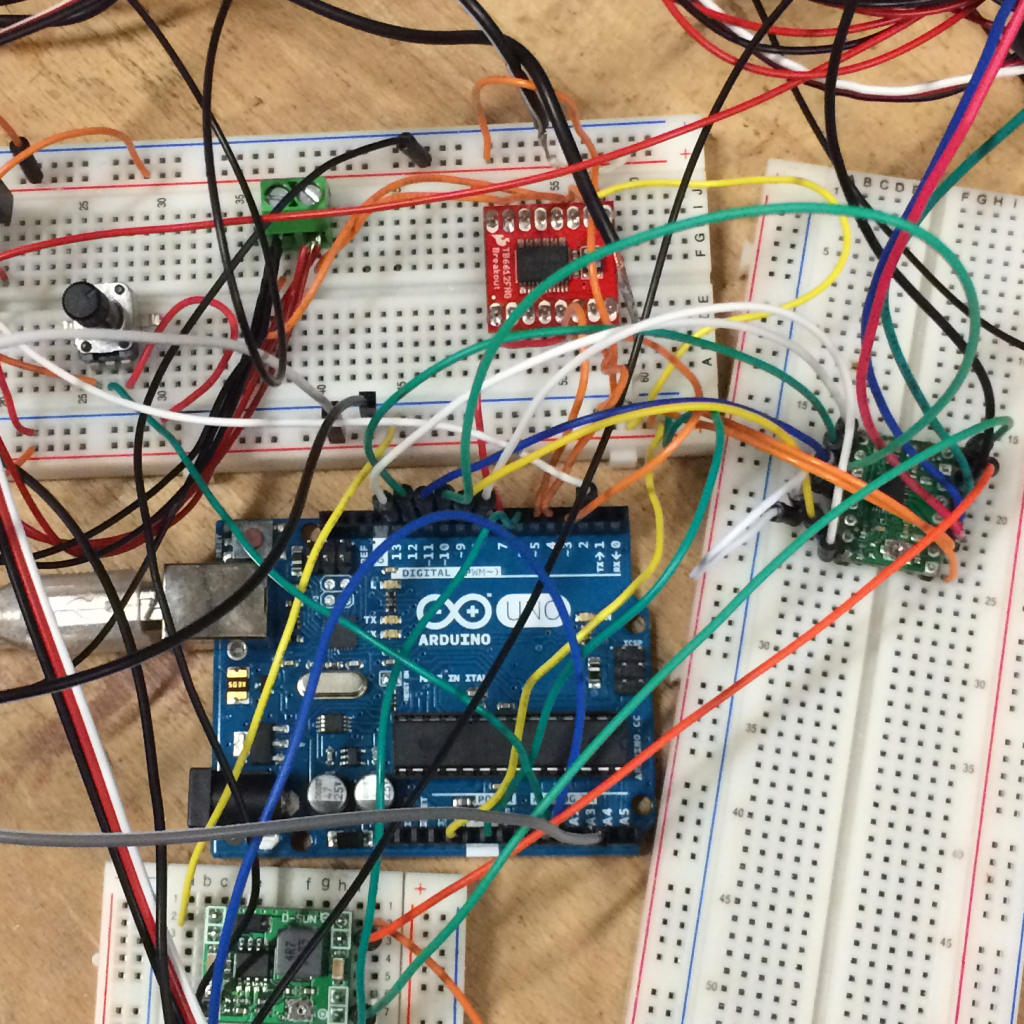 The video below is more of a proof-of-concept demo, as minimal drilling is demonstrated – but it is shown and does work, so that’s pretty remarkable given the otherwise inconsistent shape and contour trees and their bark. The project is the work of Ann-Katrin Krenz and it is their Master Thesis for the Advanced New Media Studio Class at the University of the Arts Berlin. You can see more build shots and read more on the project site here.