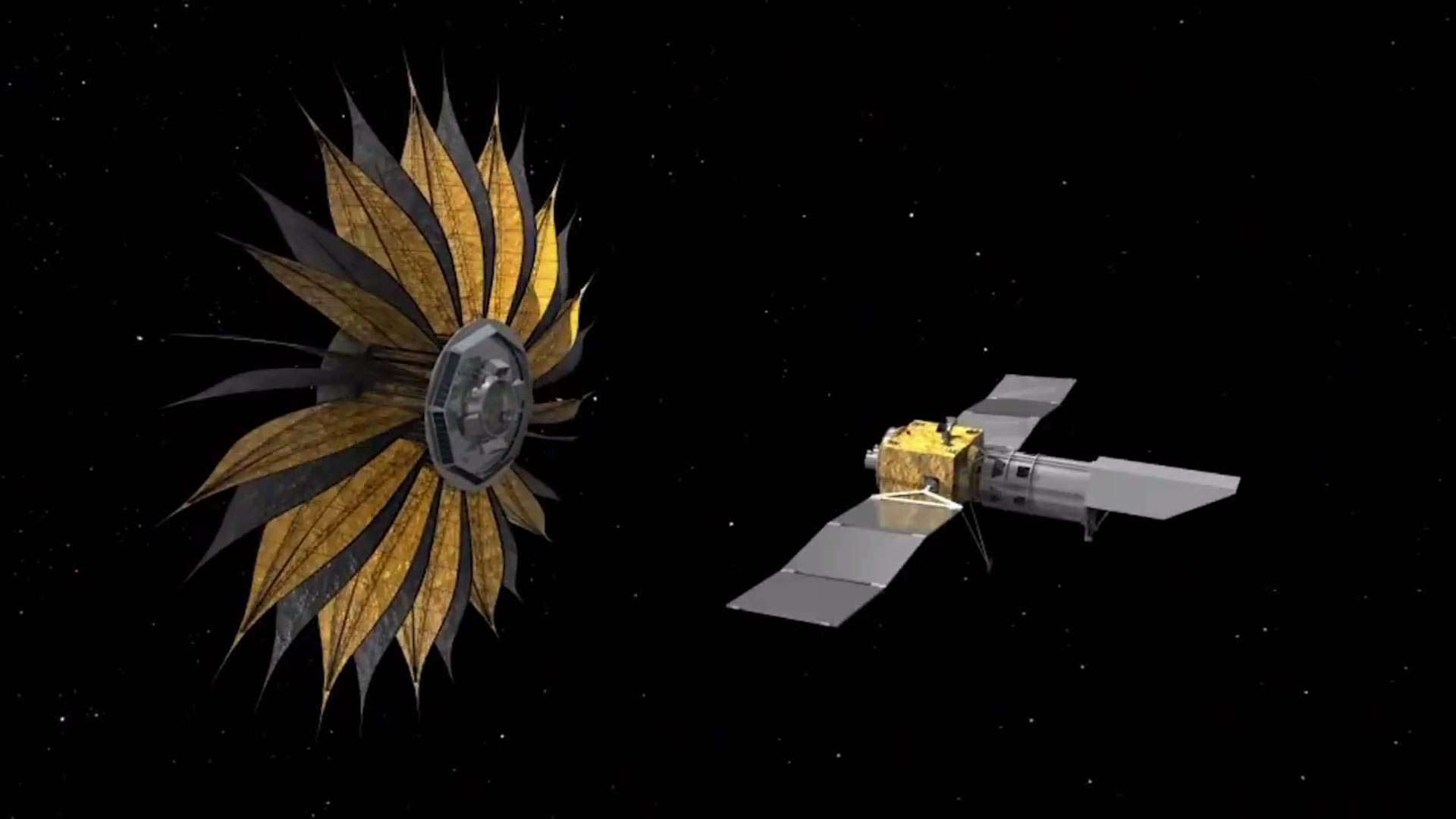 NASA’s ‘Starshade’ project has been in development for a couple years now.

Astronomers have been indirectly detecting exoplanets for more than 15 years, but actually taking a picture of one has proven an immensely difficult task. Picking out the dim light of a planet from a star billions of times brighter is akin to finding a needle in a cosmic haystack, especially when the planet in question is a small, rocky world similar to Earth. In order to achieve this feat, researchers are developing techniques to block out the starlight while preserving the light emitted by the planet. This is called starlight suppression.

It’s a task that NASA’s flower-shaped starshade is designed to make easier. Working in conjunction with a space-based telescope, the starshade is able to position itself precisely between the telescope and the star that’s being observed, and can block the starlight before it even reaches the telescope’s mirrors.

You can read more from that 2014 announcement here, and this video animation demonstrates the ‘Starshade’ unfolding in space:

The video below was uploaded a couple weeks ago to NASA JPL’s YouTube account and further explains the Starshade project along with some intriguing origami-inspired paper and mechanical models. The Coronagraph project is also discussed in the video – this device uses ‘deformable mirrors’ that similarly are intended to block sun glare so exoplanets can be imaged by telescopic sensors.