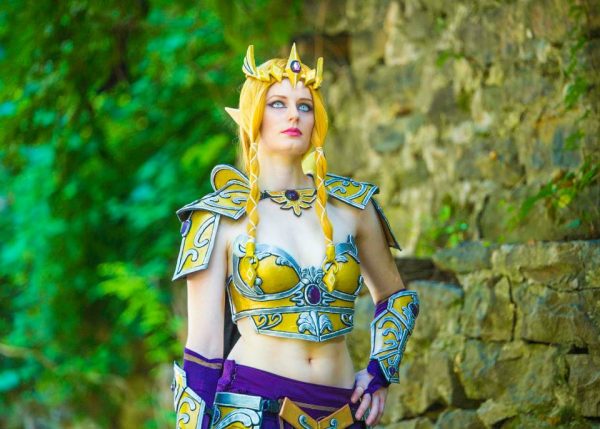 What if Zelda wore armor instead of a dress? Sayakat Cosplay put together an imagining of Zelda’s look that puts her in battle armor. She spent about three and a half weeks over the summer constructing her Battle Queen Zelda ensemble. It gave her the opportunity to craft armor from Worbla for the first time. She used the Hyrule Warrior Zelda as the basis for her creation. She says:

I used the wonderflex mostly for the base armor pieces and used worbla for the breastplate and detailing. I used a whole XL sheet of wonderflex and almost a whole XL sheet of worbla for the costume. For some of the costume I used the sandwich method for greater stability, and some pieces I just covered one side of craft foam with worbla and bent it over the edges. The first piece of armor I made was the breastplate. Getting the curved shapes on the breastplate was not as hard as I first thought. I used half of a large plastic Christmas ornament as a form and heated and shaped the worbla over it. This creates a nice half globe curved piece, which is great for female breastplates. The rest of the armor I made from templates that were created by laying painters tape over saran wrap on myself. 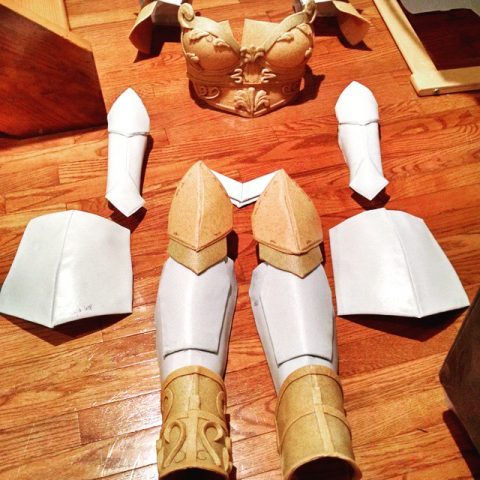 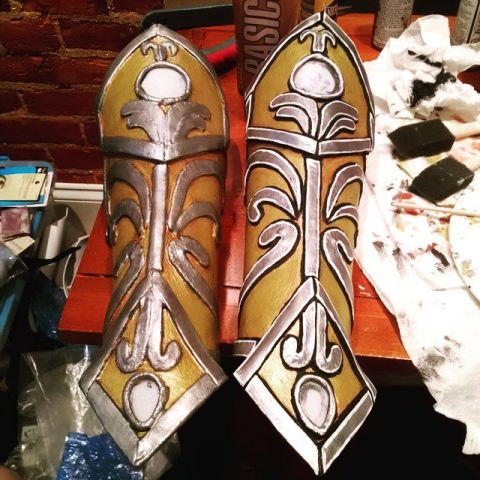 Read more about the build and see more images at Aradani Costumes.