Hidden Figures: a movie about the African-American Women who worked at NASA in the early 1960s #WomenInSTEM 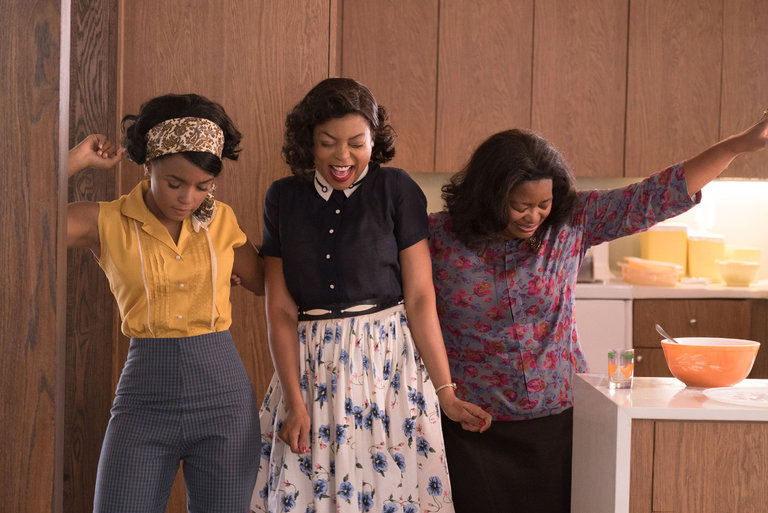 I’m super excited about this – can’t wait to see it in theaters next January! Via The New York Times

Taraji P. Henson hates math, and Octavia Spencer has a paralyzing fear of calculus, but that didn’t stop either actress from playing two of the most important mathematicians the world hasn’t ever known.

Both women are starring in “Hidden Figures,” a forthcoming film that tells the astonishing true story of female African-American mathematicians who were invaluable to NASA’s space program in the Jim Crow South in the early 1960s.

Ms. Henson plays Katherine Johnson, a math savant who calculated rocket trajectories for, among other spaceflights, the Apollo trips to the moon. Ms. Spencer plays her supervisor, Dorothy Vaughan, and the R&B star Janelle Monáe plays Mary Jackson, a trailblazing engineer who worked at the agency, too.

Slated for wide release in January, the film is based on the book of the same title, to be published this fall, by Margot Lee Shetterly. The author grew up knowing Ms. Johnson in Hampton, Va., but only recently learned about her outsize impact on America’s space race.

“I thought, oh my God, what is this we’re hearing here?” Ms. Shetterly said, recalling the moment a few years back when her father, a retired research scientist, casually mentioned Ms. Johnson’s life work. Her next thought: Why haven’t we heard about it before?

“Hidden Figures” comes as Hollywood is under mounting pressure to diversify its offerings after this year’s much criticized largely all-white Oscars race. And, while this picture has been in the works for several years, and the corresponding book for years before that, its filmmakers know it will invariably be lumped into post-#OscarsSoWhite chatter.

“It’s not a reactionary movie,” said Ted Melfi, the film’s director, “but it will be seen as one, which is unfortunate.”

Comments Off on Hidden Figures: a movie about the African-American Women who worked at NASA in the early 1960s #WomenInSTEM