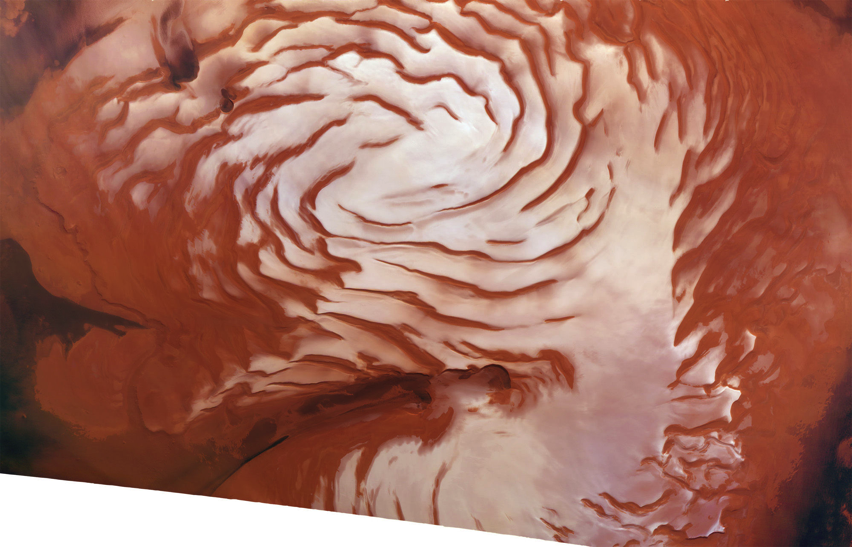 Interesting read from space.com discussing the climatic history of Mars.

Whereas ice ages on Earth involve polar ice caps growing in size, prior work suggested that Martian ice ages would involve shrinking polar ice caps. Meanwhile, on the Red Planet, glaciers at midlatitudes away from the poles would grow; during the interglacial periods between ice ages, ice would rapidly accumulate at the poles, while midlatitude glaciers eroded away.

This is because Mars can tilt more than Earth, causing the Red Planet’s poles to receive more direct sunlight than its midlatitudes, making for longer summer days with higher temperatures, said study lead author Isaac Smith, a planetary scientist who did this work at the Southwest Research Institute in Boulder, Colorado, and who is now at the Planetary Science Institute in Tucson, Arizona.

Comments Off on Ice Ages on Mars #Space