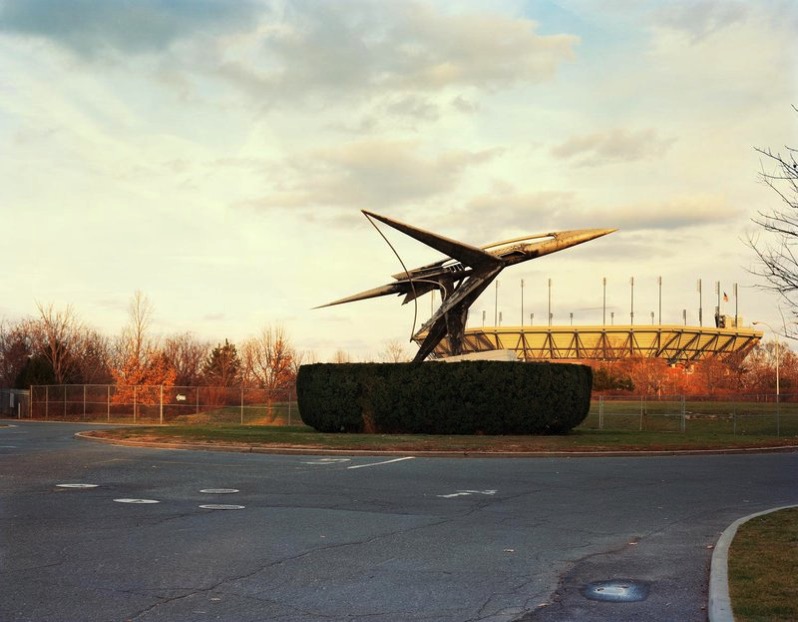 Check out the fascinating photography from Jade Doskow, who documents the current state of the architectural wonders once built for World’s Fairs, up on Smithsonian.com.

The above image is probably familiar to anyone who either 1) lives in Queens or 2) has seen Men in Black.

For almost 10 years, the New York-based photographer has traveled around the planet to the sites where millions once gathered for World’s Fairs. She has photographed the remnants of visions past, the architectural wonders and landscapes that celebrated human glory and potential.

Some, such as the Eiffel Tower or the replica of the Parthenon in Nashville, have held on to their magic, still able to inspire awe. But others have become neglected curiosities in a world that has moved on.

“These buildings exist in a very weird limbo, often in prominent locations. No one wants to tear them down. But how much money do you want to put into them to keep them around?” says Doskow. A book of her photography, titled Lost Utopias, will be published this fall.