Striking the Right Note: How Music Led To My Career In STEM #WomenInSTEM #MusicMonday 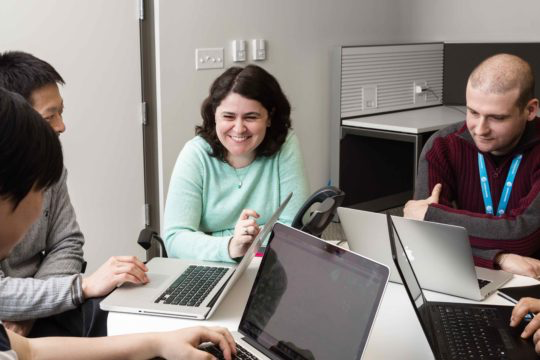 At age six, there were only three people in the world I’d talk to: my parents and my grandma. I was unbelievably shy. To help me become more outgoing, my mom and dad encouraged me to pursue opportunity after opportunity, which led me to discover music.

I started learning how to play the flute when I was seven and developed a passion for it. With the flute in my hand, I was a completely different person. I became comfortable and confident in front of any crowd because I loved creating music. Every time I played, I got lost in the notes. My parents couldn’t believe their eyes.

I became a semi-professional musician several years later, touring rural Victoria with the Victorian Concert Orchestra in Melbourne and also playing in the Victoria Youth Symphony Orchestra (VYSO). At the same time, I was studying to earn my PhD in electrical and electronic engineering. I eventually became president of the VYSO, which taught me how to lead and be a team player. The skills I developed then helped me immensely throughout my career and positively impacted the work I do in networking and service quality management today. I still have bits and pieces of that shy girl inside of me, but my perspective is different. I learned the value of putting yourself out there and engaging with other people.

Ultimately, music led me to where I am today. I supervise a team of world-class researchers whose innovations help manage complex services and networks at AT&T. After I joined the company, I was told I got the position not just because I was a good mathematician or engineer, but I was someone who took the lead. The time I invested in learning and mastering music demonstrated my ability to take the reins.

Comments Off on Striking the Right Note: How Music Led To My Career In STEM #WomenInSTEM #MusicMonday