This Overwatch Cosplay Shows No Mercy 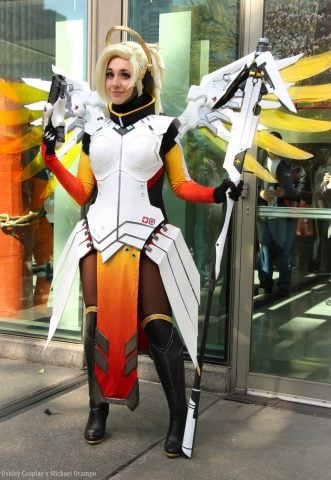 Raise your hand if you’ve been playing Overwatch. The game was only recently released, but cosplayers have been building costumes based on promo images and shots from beta releases for a while. Ashley, also known as Oshley Cosplay, made a replica of the hero Mercy’s costume. She used the following materials to bring the complex costume to life last fall: “Worbla thermoplastic, craft foam, fabric, PVC, LEDs, Arduino & motor circuit.”

I used PVC piping for the inside structure and support, and shaped the pipe in the curvy part of her wings using my heat gun and sand.

To curve the pipe I used the heat gun through the middle of the pipe, poured in some hot sand, heated the outside of the pipe until it became decently flexible and curved to shape! The sand both warms and supports the pipe from collapsing in on itself as the plastic gets hot.

Also, the PVC plastic will “cool” (aka still be warm AF but lose flexibility) pretty quickly as you work, so I only had a few seconds to get the pipe in the desired shape before it became unworkable. Keep le heat gun or oven or stove whatever handy for reheating purposes, and use some kind of heat resistant glove to bend the pipe since it gets pretty hot.

You can see pic of the PVC pipes just below. 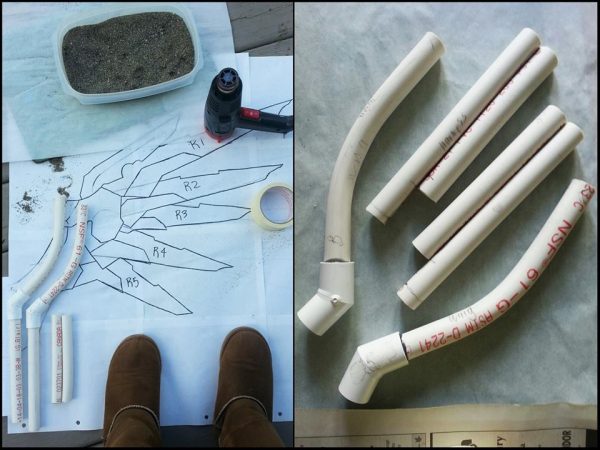 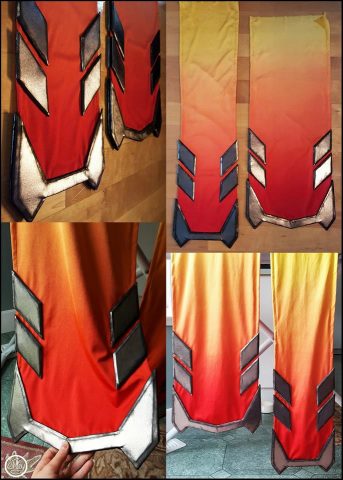 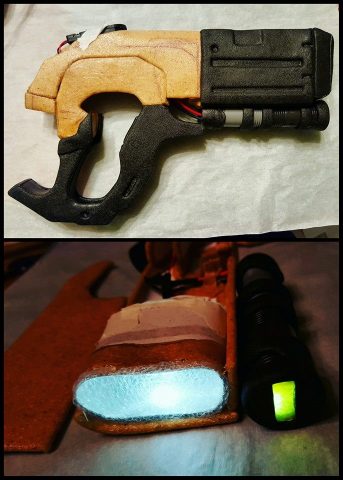 Comments Off on This Overwatch Cosplay Shows No Mercy