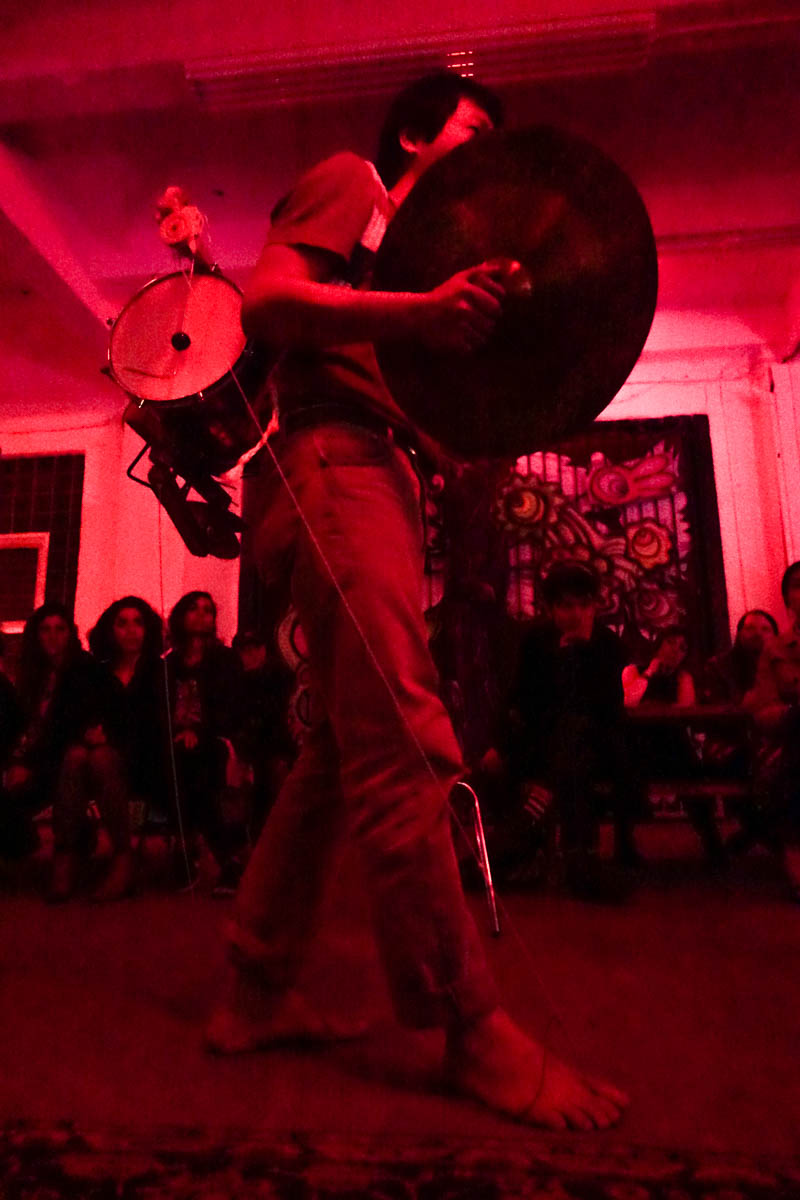 I recently caught a performance by experimental sound artist Nao Nishihara, a music maker from Japan who is currently performing throughout the NYC area. His primary kit is a drumset that he wears like a backpack, and is controlled by multiple cords attached to his feet and toes. His performances are usually accompanied by semi-autonomous mechanical or electro-mechanical devices that produce ambient or surrounding sound elements as well – pictured below in the performance I saw were multiple battery-powered sculptures that were suspended upon and crawled along string, while chiming, drumming, and clanking every so often. Simple, rudimentary devices that seemed to operate on their own whims. 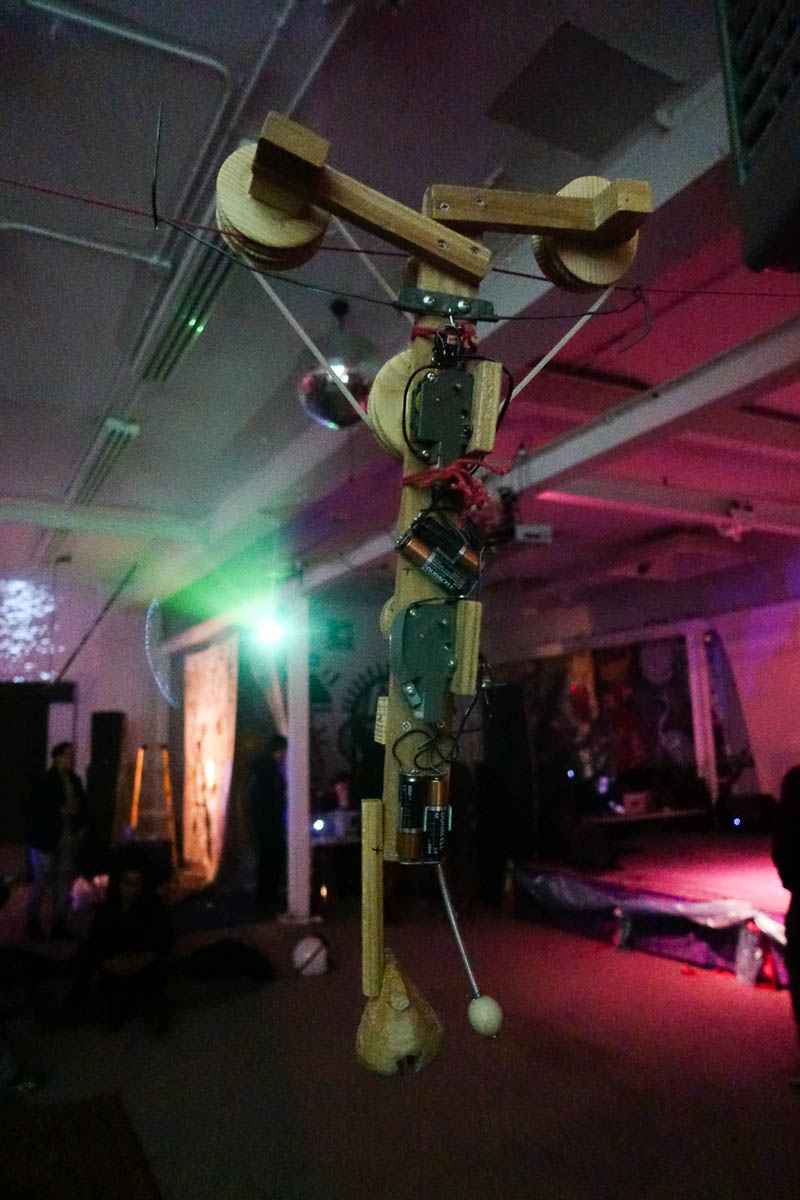 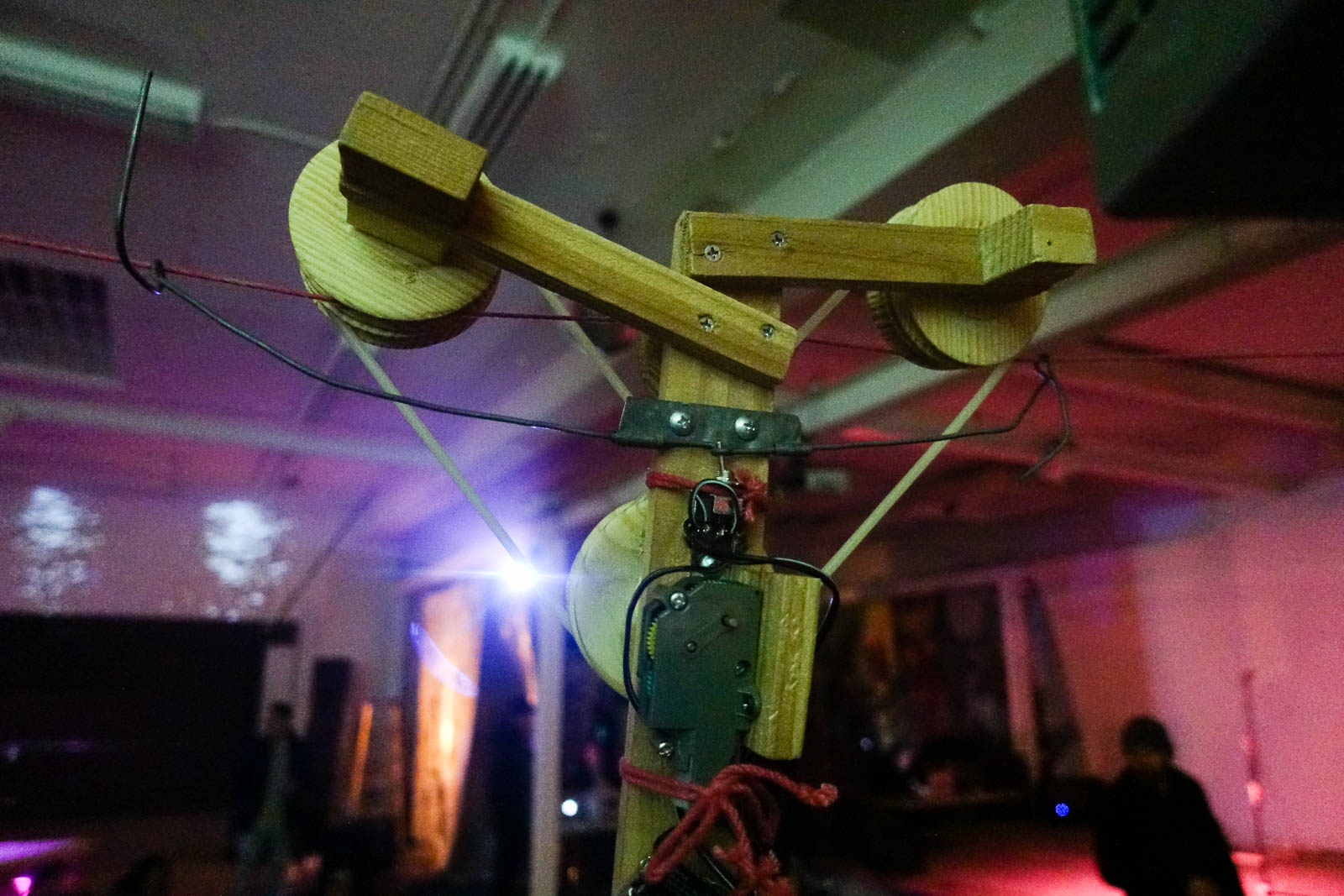 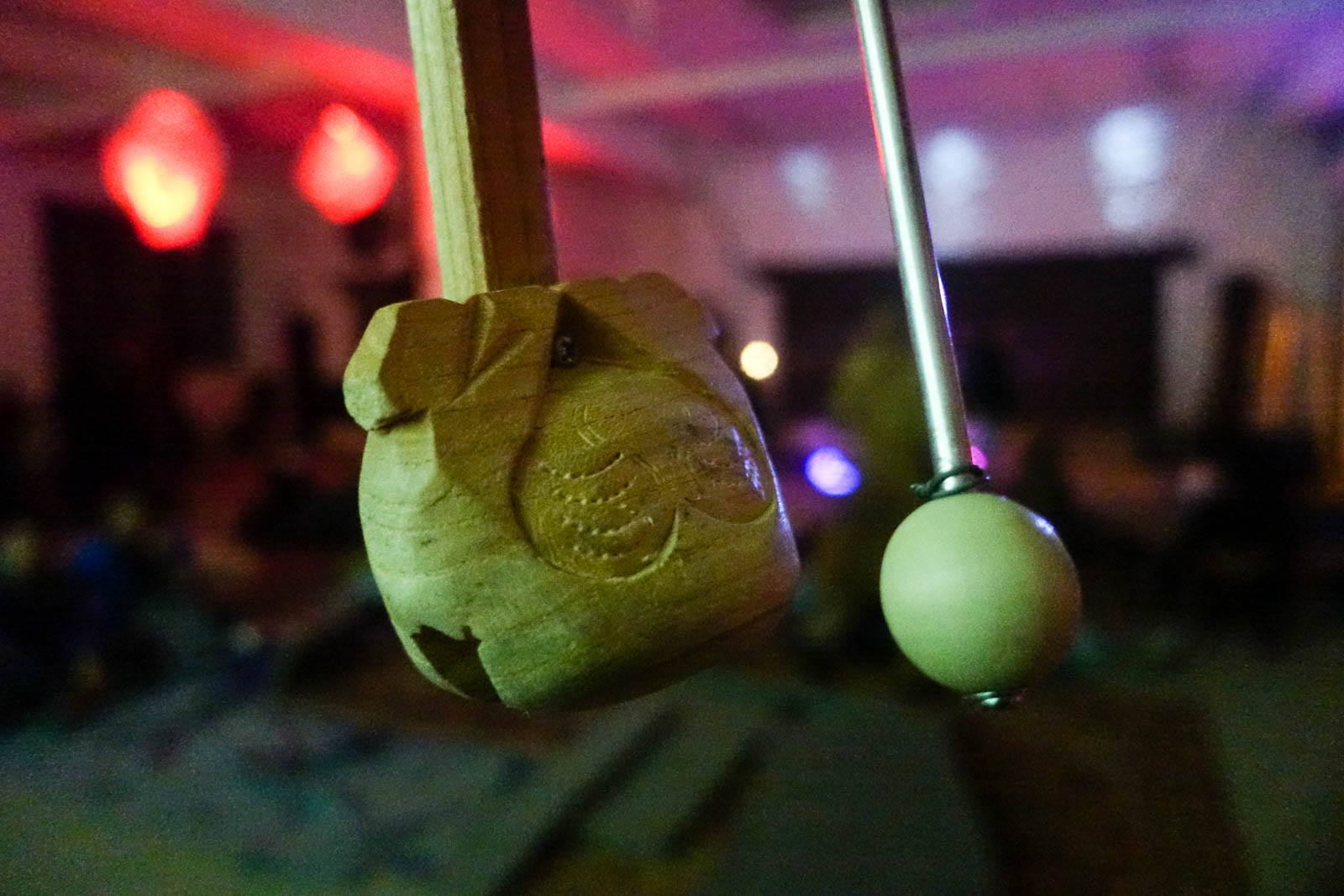 Another example are these “sound and object” contraptions that produce that wobbling sound from thin sheets of metal:

You can keep up with Nao’s work via his blogspot, and if you’re in the NYC area he’ll be participating – along with over 30 other sound artists – in the upcoming Ende Tymes VI Festival of Noise and Experimental Liberation, June 2-5 at Knockdown Center in Maspeth, Queens.

Filed under: art, music — by nicknormal