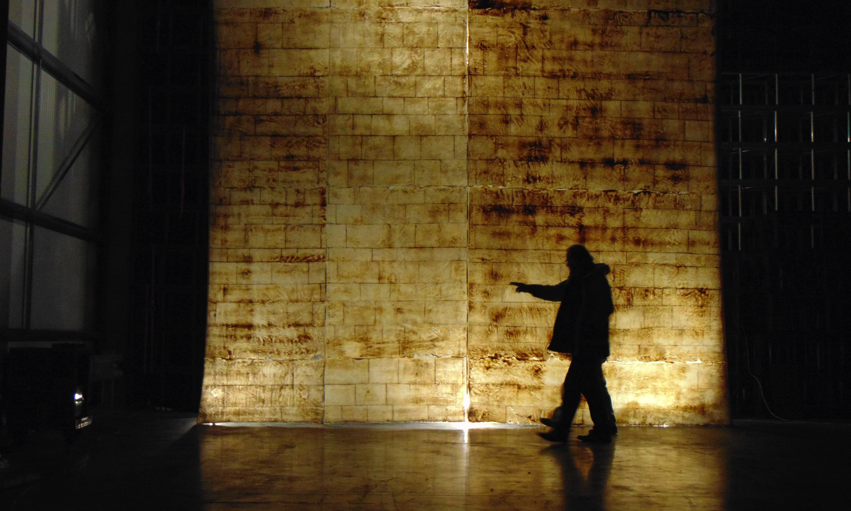 London’s most historic – and possibly dustiest – buildings, the Houses of Parliament, are to become home to a monumental artwork that will collect and showcase the dirt that has lined the walls of the Palace of Westminster for hundreds of years.

The work, created by the Spanish artist Jorge Otero-Pailos and commissioned by the audacious art organisation Artangel, will dominate Westminster Hall later this summer. It will take the form of a vast sheet of latex – 50 metres long and six metres high – which contains every particle of smoke, dirt and pollution that has built up on the internal stone wall for at least two centuries.

The stories you need to read, in one handy email
Read more
The material absorbed the dust over three days before being peeled off in small sheets that will be woven together into what Otero-Pailos refers to as a “skin of history”. It will be suspended just a few metres from the wall it was cast from and lit so that it becomes translucent.

Visitors walking between the newly cleaned stones and the latex wall of dust this summer will be “walking between the layers of history”, said the artist, whose background is in architectural conservation. “I straddle these two worlds of art and conservation, and I started thinking, why do we throw this stuff away? Why do we clean the major monuments of the world and then just get rid of the stuff? What stories, what histories are in the stuff that we are removing?

“There is so much pressure to clean buildings because that’s how people want to see them, but there is a story in this microscopic layer of dust that’s not insignificant; it’s the record of the world in which we live in, so to save it is important.”

Comments Off on Where there’s muck: Artangel artist wraps Houses of Parliament in latex #ArtTuesday