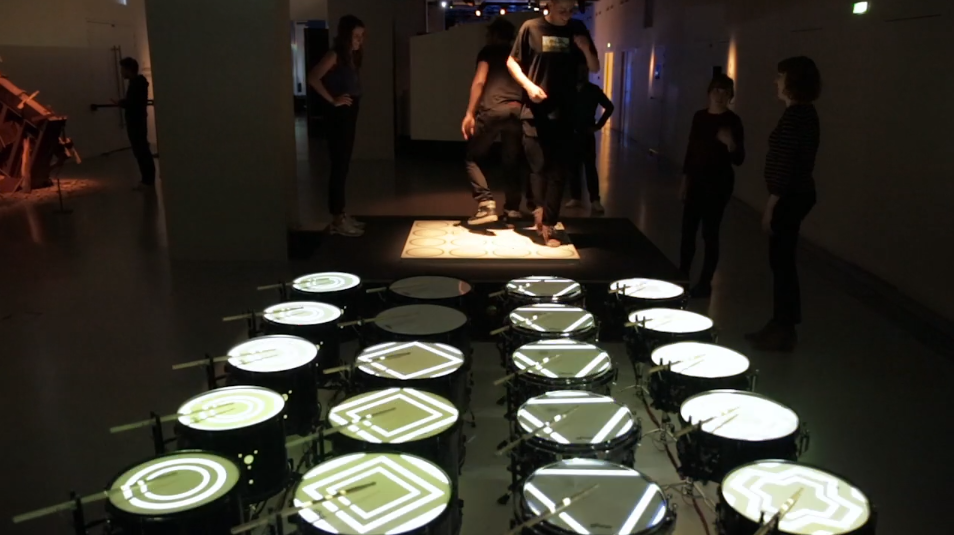 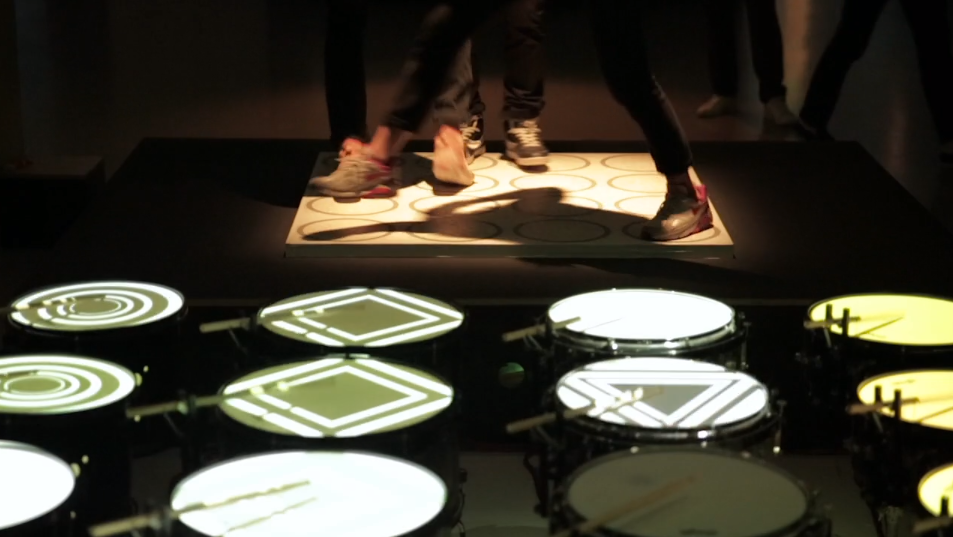 French new media arts collective Collectif Scale created ‘Playground‘ from October 2015 to January 2016 as part of the Paris Music Club at La Gaite Lyrique. In addition to the controller pad activating the robotic drum-playing there are also projections mapped onto the skin of the drums that react when the snare drum is played.

Playful, Playground us questions the place of the musician, on his presence, on his absence and on its programmed virtualization since the advent of computer technology accessible, sometimes substituting avatar by software.
Echoing the Resistance installation, Playground is interested in another iconic musical instrument
and universal used in most musical productions since the second half of the 20th century: the battery.
Thirty-two battery cells – toms and snare drums – are disposed on the ground in a formal settlement
and are an orchestral ensemble. To be played automatically, these instruments are robotic. Each musical impact is coupled to the synchronous triggering of a video projected and mapped on the skin
of each instrument.
Overhanging all, to many, and Pick up on a platform consisting of a tactile ground. Through this
interactive device, as conductor, the audience directs the whole automated triggering and playing audio and video streaming spacialisées on instruments.

Check out more at their website for the project.