This Wearable Tech Helps Corliss to Be a Daredevil #WearableWednesday 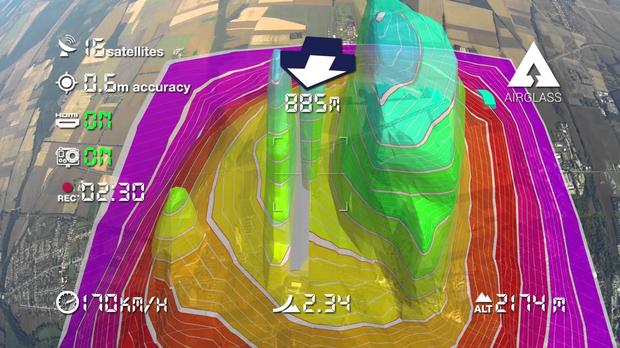 You’ve probably seen those insane videos of Jeff Corliss soaring like a bird through cliff holes, but do you know how he trains? I was lucky enough to discover this interview with him on Tech Republic and let’s just say that he has his share of gadgets. He recently impressed the world with a wingsuit flight that included a landing on the Great Wall of China. To pull these stunts off, he trains using AR, VR, video recording devices and other wearable tech. He learned early on about the importance of technology.

One of the most important parts of training is seeing what you are actually doing. I learned how useful filming and reviewing footage was when I took high diving lessons early in life. I would do a dive, and it would be filmed with a delay. I would swim to the side of the pool and my dive would be played back to me so I could instantly see what I was doing. When I started doing projects in BASE jumping I would use this same technique in order to learn faster.

As you might guess, he currently uses GoPros (5 of them) facing different directions to see how his wings are reacting during flight. Something that made his recent Great Wall Project live telecast more interesting is HeroCast by GoPro. It enabled him to have live cameras strapped on him, rather than just the long-lens cameras on the ground.  Corliss is definitely on top of the newest tech and that includes Airglass, the AR (Augmented Reality) helmet that he has been testing for a few of his projects. It enables him to jump with the target illustrated in a heads-up style glass. Here’s his reaction on a test drive in 2013; he is excited how it really tricks his mind into believing there is a mountain, while I’m all smiles about the satellite data.

He’s also a fan of real time audio feedback because it allows him to concentrate on what he is seeing. He uses a GPS system called FlySight that gives either glide ratio or forward speed data.

You are probably wondering where the VR (Virtual Reality) comes in, and that is an interesting tidbit.

I got very sick the second day in China, right when we were scouting. I needed to check angles to see if the flight was safe. I was too sick to make the hike to location, so Rapid VR took a GoPro VR Omni rig and put it on a six meter light stand, then shot a VR film right over the stunt site. They then rendered it, and put it in VR goggles so I could float over the location and see it from every possible angle. It was amazing because I could tell instantly the location was safe and doable.

On the smaller side, Corliss is also using an Altitrack for altimeter readings and an Apple Watch for fitness goals. I almost picture his closet looking like Q’s R&D lab in the Bond movies. Given his career I’d be bulking up on the same. If you’ve ever wondered what goes into making a tiny wearable, check out our Fitbit Force Teardown. Yes, it is possible to cram a lot of sensors in a tiny space. Just remember, a Fitbit does not have an altimeter, so don’t rely on it for jumping out of planes. Keep it safe!