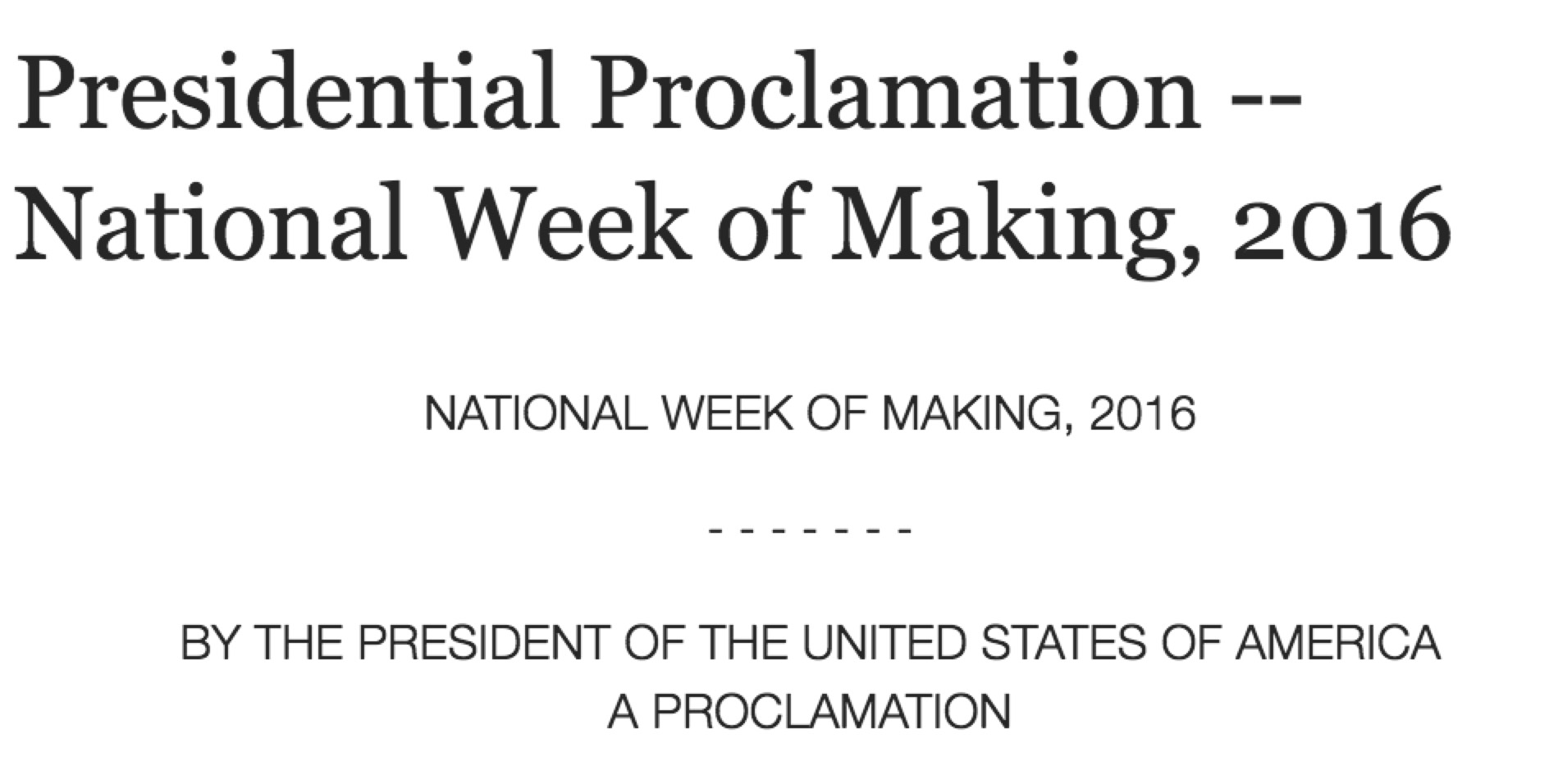 News from today’s event(s) – “New Commitments in Support of the President’s Nation of Makers Initiative to Kick Off 2016 National Week of Making” (PDF).

“During National Week of Making, we recommit to sparking the creative confidence of all Americans and to giving them the skills, mentors, and resources they need to harness their passion and tackle some of our planet’s greatest challenges.” — President Obama

In June 2014, President Obama launched the Nation of Makers initiative, an all-hands-on-deck effort to give many more students, entrepreneurs, and citizens access to a new class of technologies—such as 3D printers, laser cutters, and desktop machine tools—to design, build, and manufacture just about anything, as well as increased access to mentors, spaces, and resources to support making.
Today, the President is proclaiming a National Week of Making, and the Obama Administration is announcing important progress on the Nation of Makers initiative, including:

* 8 Federal agencies are announcing new grants, education initiatives, training, knowledge networks, and other supports to help create more makers and assist more entrepreneurs to take prototypes to scale with new ventures.
* More than 1,400 K-12 schools, representing almost 1 million students from all 50 states, are committing to dedicating a space for making, designating a champion for making, and having a public showcase of student projects.
* More than 100 additional commitments including the distribution of 1 million foldable microscopes to children around the world by Foldscope Instruments; the investment in 100 new makerspaces by Google as part of the Making Spaces program; and new steps to support making at 77 universities and colleges through Make Schools Alliance.

And here’s the Presidential Proclamation — National Week of Making, 2016.