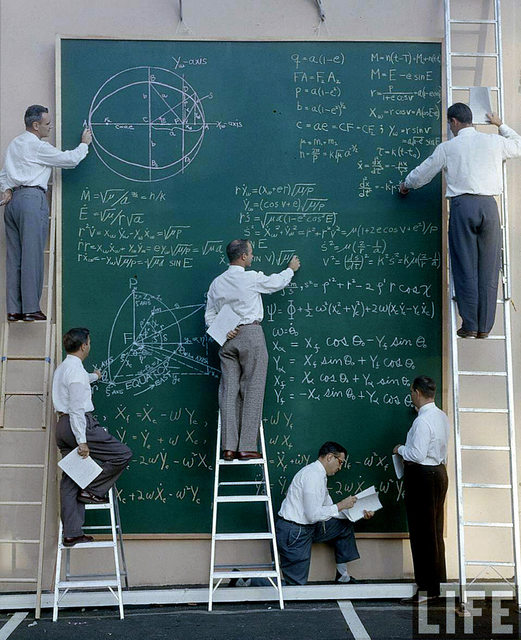 Take a moment to consider that the first space flights, both for the Soviets and for NASA, took place way before computers. Engineers had to calculate how to send spacecraft into outer space and bring them back safely by manually crunching numbers and equations — as can be seen here.

Back in the day, the term “computer” was used to designate people rather than machines. It designated a job for someone who would do mathematical calculations by hand. In big organizations like NASA, teams would often split up so that people could work in parallel on the same project. Even for a complex equation, NASA would set up “math parties” where everyone would cover one part of the equation.

It was basically the human equivalent of a repeating function. Guy 1 would pass his results to Guy 2 and so on, until the end. Then the last Guy would go back to the first guy and give him the input to move the whole thing 1 millisecond in the future. After a lot of math, chalk and tears, a chart for a few seconds would have been created and this is how many aerospace computations were done — as well as for nuclear reactors and bombs.

As for this picture (and the one below), the drawing board is filled with complicated-looking but relatively simple equations for motion; no actual calculations here. The Life Magazine reporter likely asked them to fill the board and make it look complicated, but in the middle of the Cold War, you can’t risk revealing any useful information. People were sent into outer space and even to the Moon using calculations made on boards like this one. 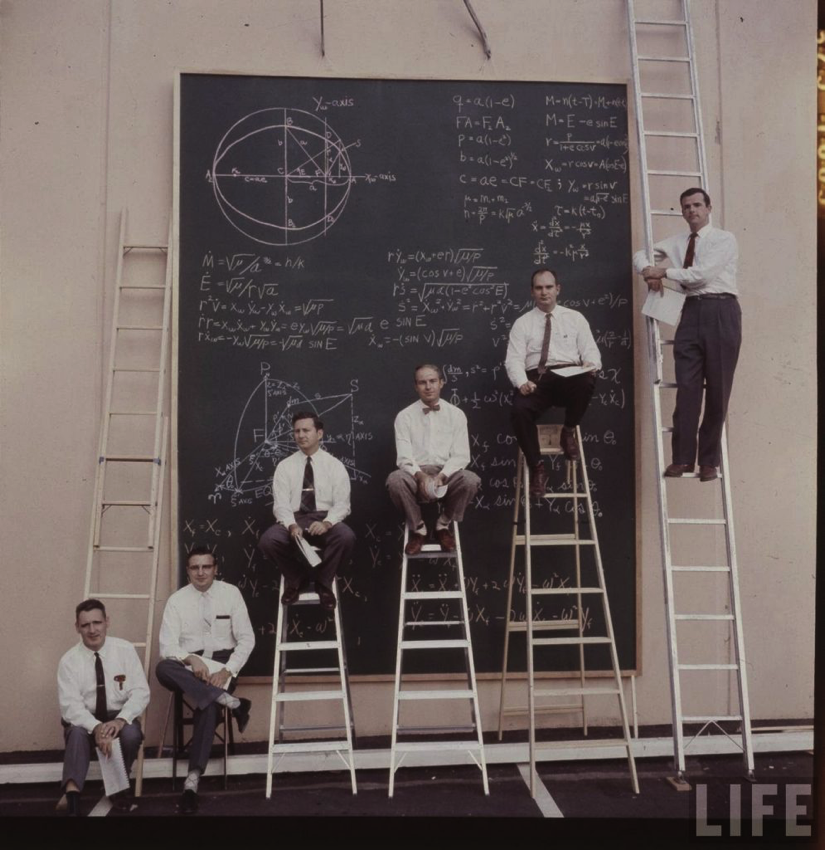