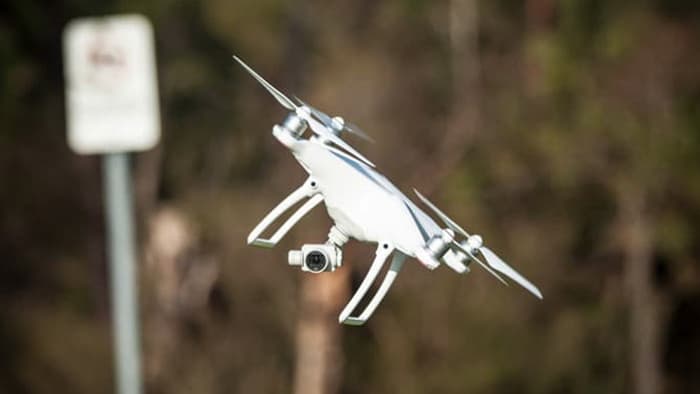 The FAA has announced the first set of blanket laws for commercial drone use in the United States, Via Gizmag

Unless you’re willing to jump through a few hoops to land yourself a special permit, flying a drone commercially in the US will land you in some pretty hot water with the authorities. But newly announced drone laws are set to clear the way for business-related drone flight across the nation, with the FAA taking its first significant steps towards integrating small unmanned aircraft into US airspace.

From humble beginnings in single aerial surveys in 2014, to the now thousands of drones zipping about in the name of business, commercial use for unmanned aerial vehicles have grown dramatically in a very short space of time. But gaining permission to fly for these reasons has involved applying to the Federal Aviation Administration for a special permit, known as a Section 333 exemption.

But the FAA has today announced its first set of blanket laws for commercial drones that will allow anyone to enlist the service of drones, provided of course they meet certain criteria. First and foremost is the requirement of a remote pilot certificate, something that can be attained by sitting a knowledge test at one of the FAA’s testing centers.

Once you’ve demonstrated your piloting wherewithal on paper, you’ll need a drone that weighs less than 55 lb (25 kg). Models that consumers may be familiar with, such DJI’s popular Phantom series or the Parrot Bepop, weigh no more than 3 lb (1.27 kg), so anything approaching 55 lb is going to be one serious piece of equipment.

Under the new rules, drones can be flown to a maximum altitude of 400 ft (122 m) at up to 100 mph (161 km/h), and must be kept within the pilot’s line of sight at all times. Night-time flight is no-no, but if your drone is equipped with anti-collision lights, flying 30 minutes either side of official sunrise or sunset is A-OK. Pilots cannot operate more than one aircraft at a time and cannot fly over people.

The FAA says it is willing to waive some of these rules if operators can prove that the flight will be conducted safely. In the coming months, it will set up an online portal through which operators can make their cases for these special waivers.

This is all well and good, and will no doubt be welcomed by those looking to use drones for things like real estate photography, surveying, inspections and agriculture, but where does it leave potentially the most revolutionary application of all, autonomous drone parcel delivery? Matt Sweeney, whose startup Flirtey carried out the first FAA-approved drone delivery exercise last year, says the progress is important, but there’s still some way to go.

“This is to some extent broader than some people in the industry were expecting,” he explains to Gizmag. “But as currently written, you can still not fly over people, you can still not fly beyond the line of sight and you cannot operate more than one drone at a time. And those are really the three key things that are required for the drone delivery industry to emerge at scale.”

Comments Off on US sets nationwide rules for commercial drones #Drones