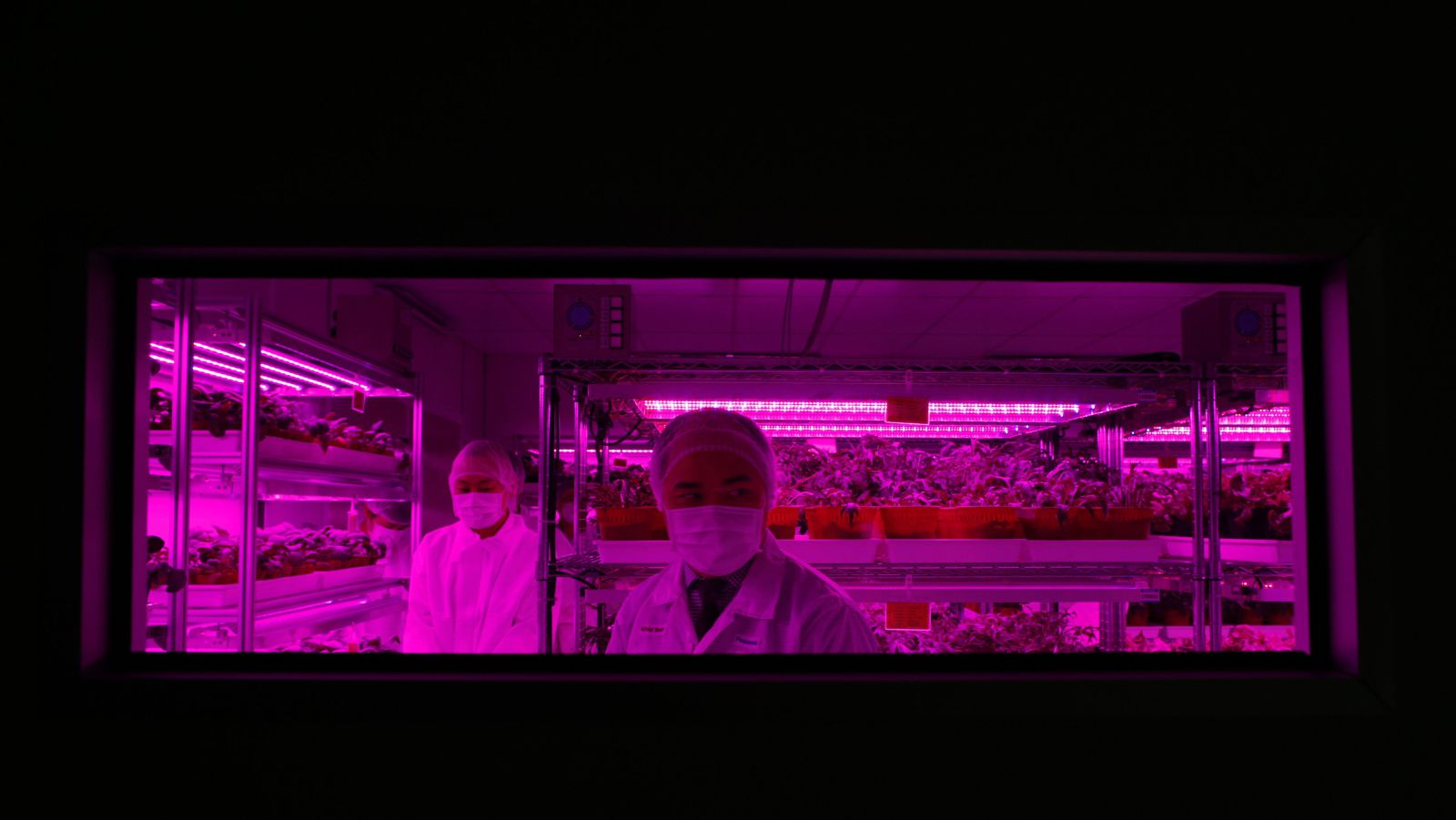 US agriculture has reached a tipping point: It’s now possible to buy greens grown indoors for the same price as those farmed in California fields thanks to the falling price of LEDs.

New Jersey-based AeroFarms is shipping arugula, kale, and spinach from a farm inside a former Newark nightclub to grocery shelves around New York City. Local ShopRites sell five ounces of AeroFarms’ greens for $3.99, the same price as EarthBound, an organic grower in California.

For decades, growing indoors was confined to uniquely profitable markets (like marijuana) that could justify the enormous expense of using artificial light. But dramatic advancements in light-emitting diodes (LEDs)—and new ways of controlling growing conditions indoors—have redefined the economics of farming. 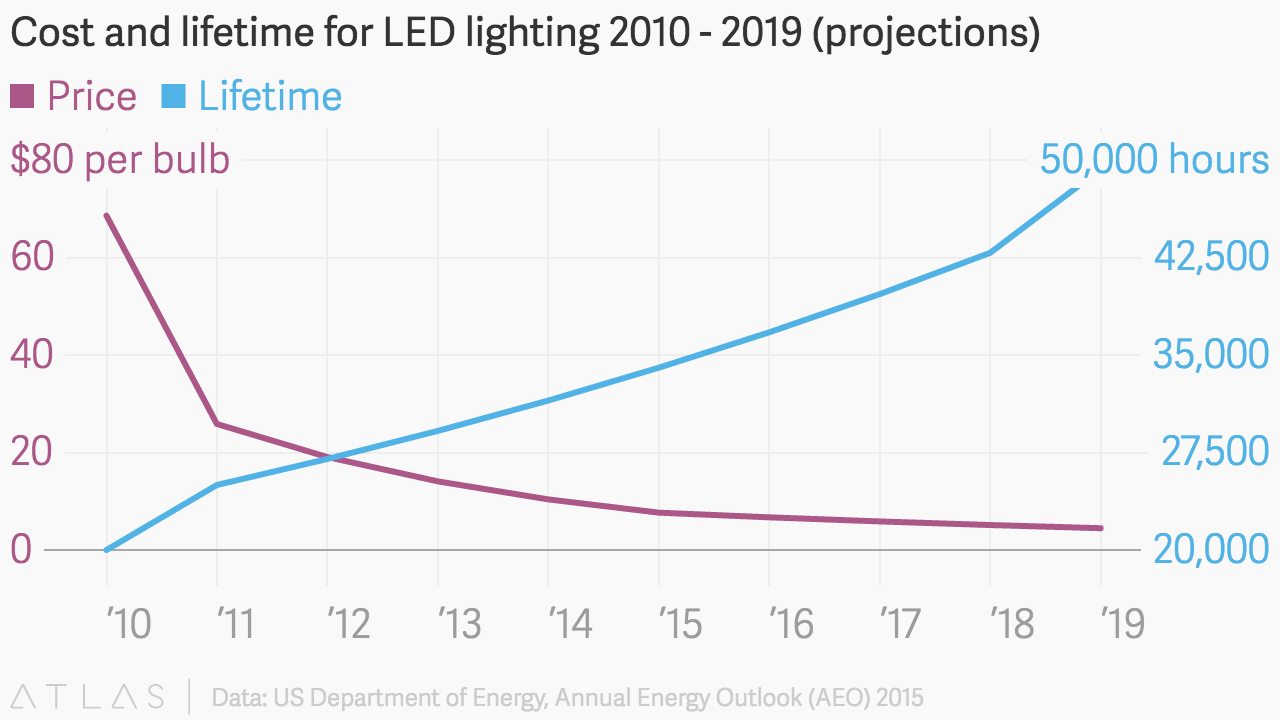