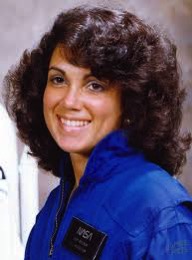 Upon graduating from Carnegie-Mellon University in 1970, she was employed by RCA located in Moorestown, New Jersey; and in 1971, she transferred to RCA in Springfield, Virginia. Her projects while with RCA as a design engineer included circuit design and development of custom integrated circuitry for phased-array radar control systems; specification, project management, and performance evaluation of control system equipment; and engineering support for NASA sounding rocket and telemetry systems programs. She authored a paper concerning design procedures for special-purpose integrated circuitry.

Dr. Resnik was a biomedical engineer and staff fellow in the Laboratory of Neurophysiology at the National Institutes of Health in Bethesda, Maryland, from 1974 to 1977, where she performed biological research experiments concerning the physiology of visual systems. Immediately preceding her selection by NASA in 1978, she was a senior systems engineer in product development with Xerox Corporation at El Segundo, California.

NASA EXPERIENCE: Selected as an astronaut candidate by NASA in January 1978, she completed a 1-year training and evaluation period in August 1979. Dr. Resnik worked on a number of projects in support of Orbiter development, including experiment software, the Remote Manipulator System (RMS), and training techniques.

Dr. Resnik first flew as a mission specialist on STS 41-D which launched from the Kennedy Space Center, Florida, on August 30, 1984. She was accompanied by spacecraft commander Hank Hartsfield, pilot Mike Coats, fellow mission specialists, Steve Hawley and Mike Mullane, and payload specialist Charlie Walker. This was the maiden flight of the orbiter Discovery. During this 7-day mission the crew successfully activated the OAST-1 solar cell wing experiment, deployed three satellites, SBS-D, SYNCOM IV-2, and TELSTAR 3-C, operated the CFES-III experiment, the student crystal growth experiment, and photography experiments using the IMAX motion picture camera. The crew earned the name “Icebusters” in successfully removing hazardous ice particles from the orbiter using the Remote Manipulator System. STS 41-D completed 96 orbits of the earth before landing at Edwards Air Force Base, California, on September 5, 1984. With the completion of this flight she logged 144 hours and 57 minutes in space.