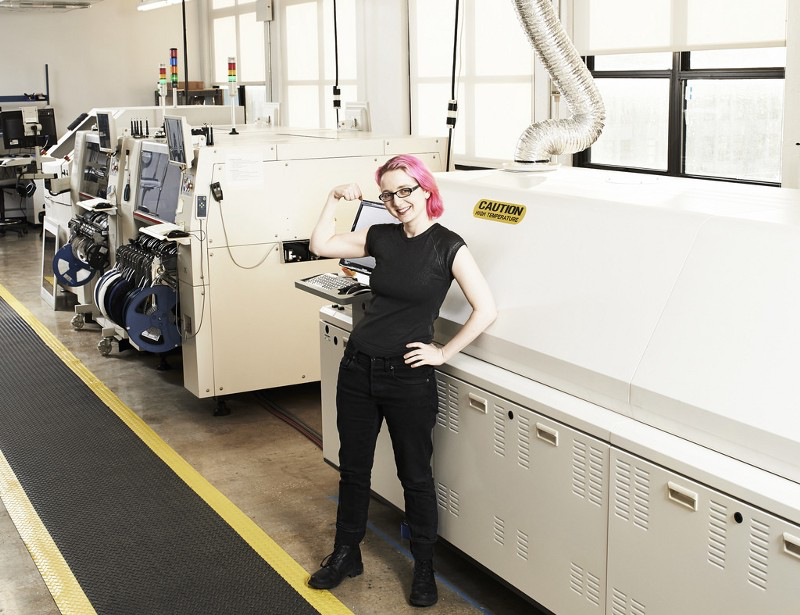 Thanks to Hackster.io for naming Adafruit founder Limor “ladyada” Fried, as one of their Hackster Heroes! Check out their interview here.

Adafruit was founded back in 2005 by MIT hacker and engineer Limor “Ladyada” Fried, whose goal was to create the best place online for learning electronics and making the best designed products for Makers of all ages and skill levels. Since then, Adafruit has grown to over 50 employees in the heart of NYC with a 50,00o-plus square foot factory.

Ladyada’s long list of accolades include everything from becoming the first female engineer on the cover of WIRED to being the recipient of Entrepreneur magazine’s “Entrepreneur of the Year” award. Adafruit has also been ranked #11 in the top 20 USA manufacturing companies and named #1 in New York City on the Inc. 5000 “Fastest Growing Private Companies” list. Oh, and did we mention Adafruit is a 100% woman-owned company?!

We recently had to the chance to sit down with Limor, following her trip to the White House during the National Week of Making. Here’s what she had to say…

I’m an engineer that likes to solve problems! One of the first times I remember thinking I’d be an engineer was when I was about 7 or 8. I saw a bunch of balloons stuck to the ceiling at a local mall after an event, and no one could reach them, so I went home and constructed a mechanical arm with my Dad. After going back, getting on his shoulders and using the balloon catcher device we made, we retrieved all the balloons and gave them to others who also wanted balloons.

What did you work on during your time at MIT Media Lab?

What made you decide to launch Adafruit? Why NYC?

I left Boston to join Eyebeam as a fellow in 2005 and 2006. I was running Adafruit and working in the Open Lab. One of the best things about launching a company in NYC is that there are so many talented people to learn from, work with and bring together in technology, art and electronics.